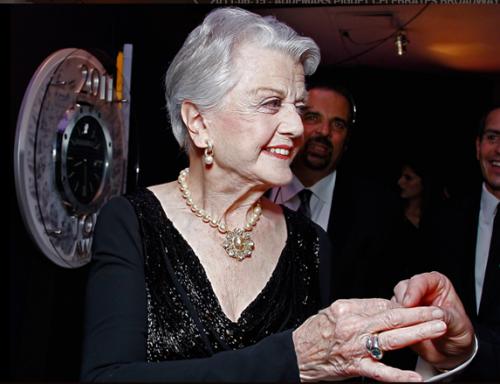 The 65th Annual Tony Awards were held last night and for the third consecutive year Audemars Piguet was proud to act as the presenting sponsor of the Tony Awards Red Carpet. The company further reinforced its commitment to Broadway’s biggest night with an additional sponsorship of the backstage Green Room and Gifting Suite as well as hosting an innovative online charity clock auction to benefit Broadway Cares/Equity Fights AIDS.

Remarked Francois-Henry Bennahmias, CEO & President of Audemars Piguet (North America) Inc: “The relationship with the Tony Awards continues to flourish and I am personally excited to see the Broadway community embrace us. I consider them a part of the Audemars Piguet family.”

Audemars Piguet is the title sponsor of the first ever eco-friendly Green Room and Gift Lounge for the awards show, through a partnership with Patagonia Sur. Together, the two companies are offsetting the carbon footprint for this innovative “Green Room” and the carbon emissions of the airplane flights of each of the awards presenters and nominees at the Tony Awards. Patagonia Sur will offset the footprint by planting trees within its 400-acre native-species Reforestation & Biodiversity Project. These new plantings will add one-half acre to the existing 14-acre Audemars Piguet Forest in the Patagonia region of Chile.

The room’s furnishings, provided by FENDI CASA through its sponsorship, will be the luxe setting for talent to relax and prepare before taking the stage at the Beacon Theatre. FENDI CASA is the home design collection for the international luxury brand, FENDI. In keeping with the spirit of its Ready to Wear, fur and luxury leather goods, FENDI’s home collection is true Italian luxury with collections ranging from contemporary, modern, and classic. Furnishings are characterized with incredible manufactured and fashion details, which include the recognized double ‘F’ logo and the unique Spy Bag fastener.

Additionally, guests to the gift lounge will receive: a FENDI CASA gift and gift cards to the FENDI CASA Store; a week-long luxury stay at the Patagonia Sur Reserve in Chile, along with carbon offsets purchased in the name of each celebrity and a tree planting kit; a two-night stay and complete spa package from The Lodge at Woodloch; a bottle of premium Avión Tequila; Armani/Dolci pralines, tea and shortbread biscuits; Judith Ripka gift cards; the Ultimate Treatment Collection by Ouidad; Jurlique’s multi-tasking facial serum Limited Edition Herbal Recovery Gel and a facial treatment at the Jurlique flagship store in New York City; GO SMiLE teeth whitening system; a tote-bag by Sentient Jet; and luxury car service by Empire CLS.

Adding another level of excitement to the evening was a giveaway of Audemars Piguet timepieces. Award show presenters, performers and nominees were given a key and the chance to unlock a case with the watches inside. The two lucky winners were Hugh Jackman (men’s rose gold Jules Audemars Chronograph) and Christie Brinkley (rose gold Ladies’ Royal Oak).

Audemars Piguet has teamed up with Broadway Cares/Equity Fights AIDS to create a unique auction off Audemars Piguet wall clocks. The seven one-of-a-kind aluminum wall clocks were displayed along the red carpet and were decorated by the nominees for Best Musical and Best Musical Revival (Catch Me If You Can, Sister Act, How to Succeed in Business Without Really Trying, Anything Goes, The Book of Mormon, and The Scottsboro Boys), to represent each one of this season’s musicals. A seventh clock was signed by nominated actors attending last month’s Meet the Nominees reception. The clocks are now on display in the windows of the Audemars Piguet flagship boutique at 40 East 57th Street in Manhattan with the auction open from June 10thth – June 28th on leading charity auction site www.charitybuzz.com.

“Charitybuzz is thrilled to help Audemars Piguet in its commitment to raise funds for Broadway Cares/Equity Fights AIDS by auctioning these beautiful clocks. We embrace the tremendous efforts of both organizations to truly do good,” said Coppy Holzman, CEO and co-founder of charitybuzz.

The 65th Annual Tony Awards was broadcast live from the Beacon Theatre on Sunday, June 12th (8pm ET) on CBS. The Tony Awards are presented by the American Theatre Wing and The Broadway League.