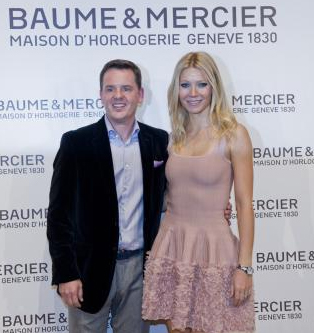 
Snow-covered mountains, skiers on the slopes, must-have accessories: hat, mittens… Except for the happy few who attended the fabulous event organized in Geneva by the Swiss Maison d’Horlogerie Baume & Mercier on the occasion of the SIHH (Salon International de la Haute Horlogerie).

Imagine monumental sand sculptures, the sound of waves, guests enjoying themselves on the wooden deck and then on the dance floor.

The evening unfolded with moments of pure emotion and the simple joy of celebration.

She made her acting debut on stage in 1990 and began appearing in films in 1991, gaining early notice for her work in films such as Se7en and Emma. She garnered worldwide recognition through her performance in Shakespear in Love(1998), for which she won an Academy Award for Best Actress, a Golden Globe Award and two Screen Actors Guild  Awards, for Outstanding Lead Actress and as a member of the  Outstanding Cast. She is now starting a career as a singer.