Starting with the concept established with the creating and design f the Bentley Motors Chronograph, Breitling created a watch that gifted with a sportive design: the Bentley motors T.
This special series evocates to the games played in Bentleyâ€™s dashboards while it case evocates its exclusiveness with the three most emblematic Bentleyâ€™s (the Speed 6, the Continental R-Type and the Continental GT) engraved on its case.
Like the other Bentley Motors, the <> version features a 25B Calibre with 20 seconds chronograph and a variable tachymeter that makes possible measuring mid speeds or the speed reached. 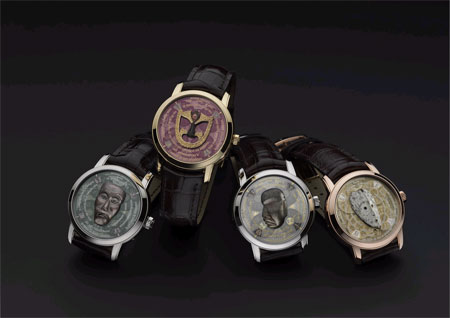 Two things convinced Jean Paul Barbier-Mueller of the project's, its beauty and significance as he and the Vacheron Constantin team headed by Juan-Carlos Torres were able to share their common passion for beautiful objects and also the manufacture's philosophy.

Twelve masks were selected from the Barbier-Mueller collection for small-scale reproduction in gold. They repose at the centre of each timepiece in a collection that extends over two thousand years and also four continents.

As Vacheron Constantin understands perfectly well the value of time, the company respected patiently the time needed to create such exceptional pieces. They took plenty of time for questioning, reflection and invention so as to assure themselves that the spirit of this special tribute to ancient societies.

A complete set of the twelve timepieces reproducing the twelve masks - from the limited edition of 300 exceptional timepieces - is currently on display at the Metropolitan Museum of Art in New York, an exhibition sponsored by Vacheron Constantin and called "A Legacy of Collecting: African and Oceanic Art from the Barbier-Mueller Museum, Geneva" in tribute to Jean Paul Barbier-Mueller.

According to these unique timepieces, each wristwatch is equipped with an automatic Calibre 2460G4 movement, manufactured by PoinÃ§on de GenÃ¨ve, through which time can be read without any hands (by means of a set of wheels and gears, four discs indicate the hours, minutes, day and date in windows) leaving in the centre of the dial the masks as the central attraction remaining as sculptures, as silent guardians of ancestral secrets.

Michel Butor's was the one who gave voice to the masks through magnificent short poems in prose dedicated to each mask. The writer's lines rise as mysterious messages that can only be read when the light strikes it from a certain angle. This effect was achieved by vacuum metallization, a sophisticated technological process in which the gold letters are sprayed onto a sapphire crystal. 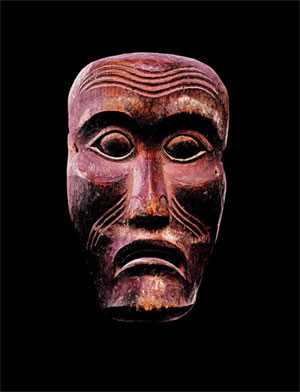 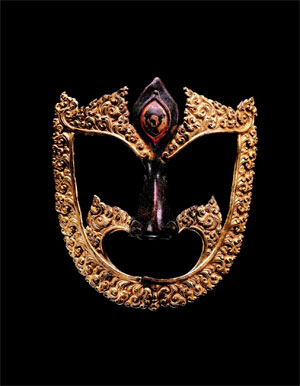 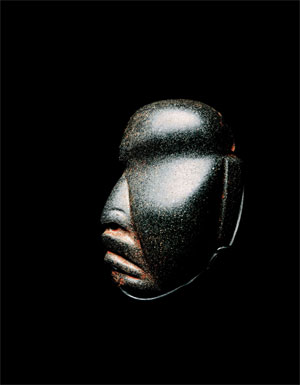 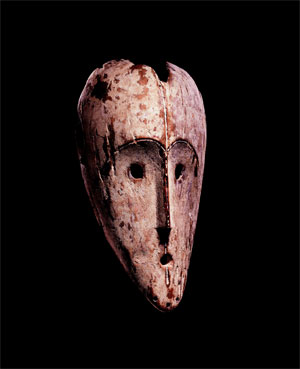 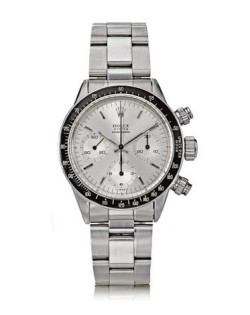 Eric Clapton was born in 30th March, 1945. Eric is an English blues-rock guitarist, singer, songwriter and composer, inducted into the Rock and Roll Hall of Fame as part of the Yardbirds, then Cream and also as a solo performer. He was often considered to be by critics and fans as one of a kind musician, one of the greatest guitarists of all time. Clapton was ranked fourth in Rolling Stone magazine's list of the "100 Greatest Guitarists of All Time" and #53 on their list of the Immortals: 100 Greatest Artists of All Time.

Even though this wristwatch was supposed to reach a price between $100.000 - $150.000, according to estimations made by watch experts. It was sold for $505.000.
Nicknamed â€œAlbinoâ€ because of the monochrome silver colour of its back round and subsidiary dial, it wasnâ€™t quite popular between the Daytona models.

Le Mans, The Hunter, 15 Minutes, Rain Man and All the Presidentâ€™s Men Movies. 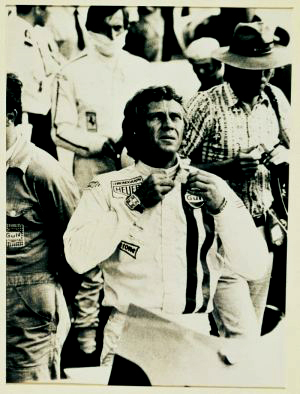 Le Mans is an action film directed by Lee H. Katzin in 1971. Le Mans got to be one of the most well known movies starred by Steve McQueen, it features footage from the actual 1970 24 Hours of Le Mans auto race. It is today still very popular among race fans, with a lot of racing but very little dialogue. During this film the main actor, Steve McQueen, wore a Tag Heuer Monaco wristwatch, now renamed after him. 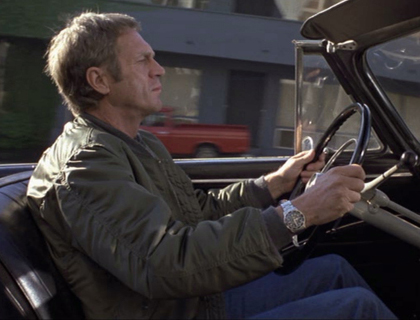 But, TAG Heuer wasnâ€™t the only wristwatch brand that accompanied Steve McQueen as during The Hunter, released in 1980, he wore the Rolex Submariner date. 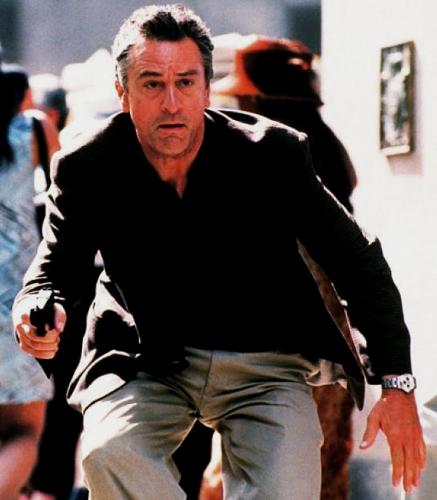 
Not only Steve McQueen wore Rolex prestigious watches. Robert De Niro, the academy award winner for the Best Actor, wore a Rolex Daytona in a publicity picture for 15 Minutes movie. 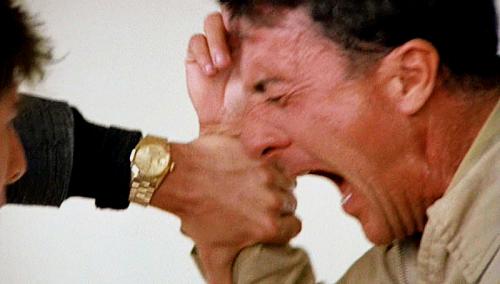 
Rain Man, starred by Dustin Hoffman and Tom Cruise, is the story of a young that regains or retrieves his humanity through the unexpected love of a brother he never knew he had. During Rain Man, Tom Cruise wore a Rolex Day-Date. 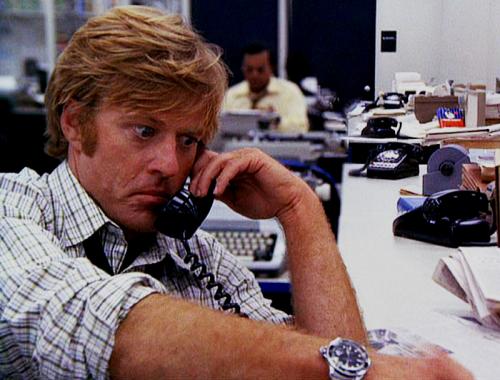 
Robert Redford also wore a Rolex wristwatch. He wore it during All the Presidentâ€™s Men film. It is the story of the two journalists that broke the Watergate scandal. Starred by Robert Redford (as Bob Woodward) and Dustin Hoffman (as Carl Bernstein) playing the role of two reporters from the Washington Post. 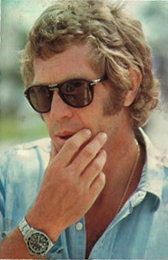 
Finally, June 11th came by and so the so long promised Antiquorumâ€™s auction was celebrated in New York. 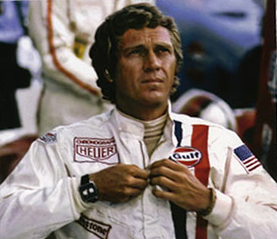 
According to Steve McQueenâ€™s, his 1929 Scott Super Squirrel Bike, the one he owned together with Von Dutch, was sold in $276.000. Not only his bike was sold, but also his personal wristwatch, his TAG Heuer Monaco. The timepiece was sold for $87.000 together with other important wristwatches like The Pour Le Merite Tourbillon 18K yellow gold, which was sol for $156.000. 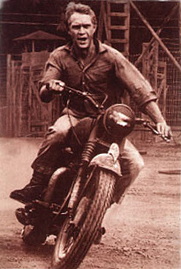 The auction was such a great success that Antiquorum is getting ready for the next auction, taking place in Hong Kong, next June 27th. 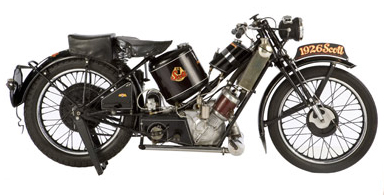