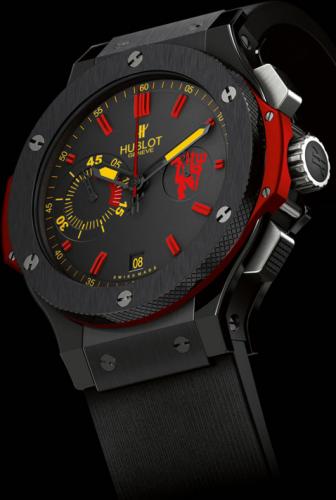 In 1980, when Carlo Crocco created the Hublot watch in gold fitted with the first natural black rubber strap in the history of matchmaking, the watch proved to be a market success and laid the basis for the watch manufacture. It took 3 years of research to create the strap and to preserve Hublotâ€™s personality and extend its range to include an array of collections.

In order to celebrate Manchester Unitedâ€™s 130th anniversary, Hublot issued the Red Devil Bang watch, crafted from satin-polished black ceramic, the Hublot Red Devil Bang measures 44.5mm in diameter and features a strap in ribbed black rubber. Unique to the Red Devil Bang are bezel lugs in red composite resin; these eye-catching accents echo the dial details, most notably the Manchester United logo at 3 o'clock. It also features a 45-minute chronograph counter, specifically engineered to measure the halves of a football match, and it is fitted with glare-proofed sapphire crystals. It is water resistant to 100 meters. 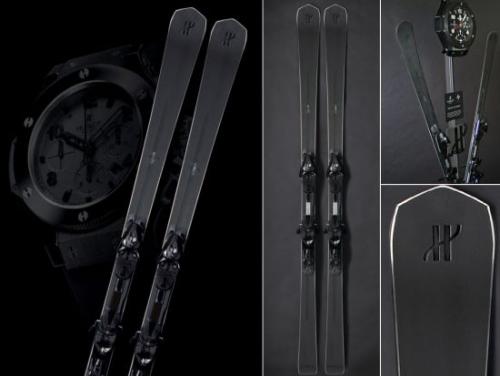 
Hublot is also related to ski and so, related to ski manufacturer Zai, they produced their All Black skis which bring carbon fiber, fibreglass, steel, rubber and Graubunden stone together for a â€œfaster and more dynamicâ€ glide down the Alpine slopes. 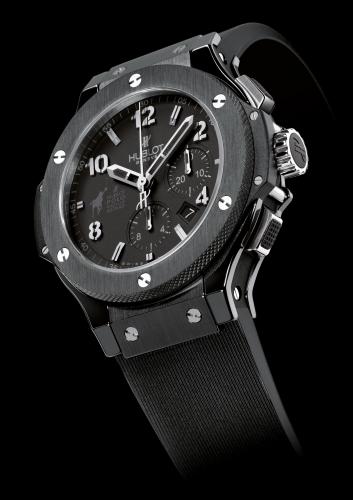 
According to other sports, in AugustHublot became familiar to polo field for the first time lending its name to an Argentinean polo team headed by ambassador Miguel Novillo Astrada.

Before Polo Gold Cup held in Gstaad, the company presented winners of the Gstaad Palace with a Big Bang chronograph from the Polo Gold Cup Gstaad limited series.


CHECK OUT!
Hublot's Watches at Interwatches!