The exquisitely brilliant Rolex Day-Date belongs to the Oyster Perpetual collection of the Rolex line. This perfect wristwatch is well known for being as perfect as it looks, not only for its aesthetic but also for the way it workds.

According to the way in which, just by naming the wristwatch makers, for us, their consumers, it evokes to a feeling of trust, its only a way of contribuiting to the company for their magnifiscent effort on the part of the company to deliver nothing but the best to its patrons. Every Rolex watch although exclusive in its character and beauty yet has a commonality threading it all along and that is its engineering finesse. Not only does the watch has a striking design and exterior it has great functional utility and an unfaltering watch mechanism within which is sturdy, it is also dependable and amazing. Because of all this reasons and many more, the Rolex President or Day Date Watch is chosen by many stars and celebrities, in this opportunity, Jennifer Lopez.

Jennifer Lynn Lopez was born July 24, 1969. Often nicknamed J.Lo, she is an American actress, singer, record producer, dancer, fashion designer and television producer. The richest person of Latin American descent in Hollywood according to Forbes, and the most influential Hispanic entertainer in the U.S. according to People en EspaÃ±ol's list of "100 Most Influential Hispanics". 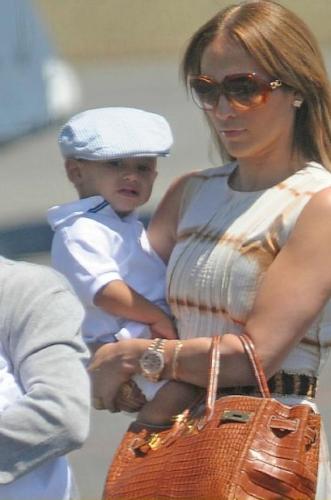 Lopez began her career as a dancer on the television comedy program In Living Color. Lopez subsequently ventured into acting with Selena (1997), Out of Sight (1998) and Angel Eyes (2001), for all of which she won ALMA Awards for outstanding actress. She also appeared in The Cell (2000), The Wedding Planner (2001), Maid in Manhattan (2002), Shall We Dance? (2004) and Monster-in-Law (2005). She parlayed her media fame into a fashion line and various perfumes with her celebrity endorsement.

In 1999, Lopez released her debut studio album, On the 6. She followed it up with two number one albums on the Billboard 200, J.Lo (2001) and J to tha L-O!: The Remixes (2002). Her third studio album, This Is Me... Then (2002) peaked at number two on the Billboard 200 as well as her fourth studio album, Rebirth (2005). In 2007, Lopez released two albums including her first full Spanish-language album, Como Ama una Mujer and her fifth English studio album Brave. She won the 2003 American Music Award for Favorite Pop/Rock Female Artist and the 2007 American Music Award for Favorite Latin Artist. She has sold over 48 million albums worldwide.


Why is the Rolex Day Date or Rolex President so wanted?
[ Click here to read full article ]