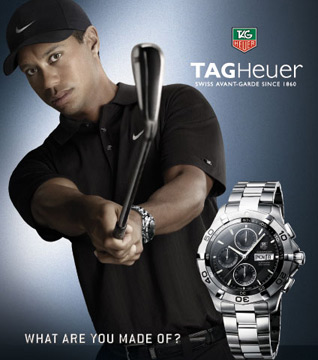 Eldrick Tont "Tiger" Woods was born December 30, 1975. He is an American professional golfer whose achievements to date rank him among the most successful golfers of all time. Currently the World No. 1, he was the highest-paid professional athlete in 2008, having earned an estimated $110 million from winnings and endorsements.

Woods has won fourteen professional major golf championships, the second highest of any male player, and 71 PGA Tour events, third all time. He has more career major wins and career PGA Tour wins than any other active golfer. He is the youngest player to achieve the career Grand Slam, and the youngest and fastest to win 50 tournaments on tour.

Woods has held the number one position in the world rankings for the most consecutive weeks and for the greatest total number of weeks. He has been awarded PGA Player of the Year a record nine times, the Byron Nelson Award for lowest adjusted scoring average a record eight times, and has tied Jack Nicklaus' record of leading the money list in eight different seasons. He has been named Associated Press Male Athlete of the Year a record-tying four times, and is the only person to be named Sports Illustrated's Sportsman of the Year more than once.

Since his record-breaking win at the 1997 Masters Tournament, golf's increased popularity is attributed to Woods' presence. He is credited for dramatically increasing prize money in golf, generating interest in new audiences as the first person of colour to win the Masters, and for drawing the largest TV audiences in golf history. 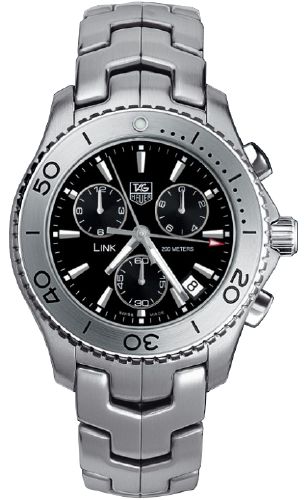 Movement: Quartz movement/ Elapsed and total time chronograph functions with split-seconds and close consecutive times register
Water resistance: 200 m
Crystal: Curved scratch resistant sapphire crystal
Case: Cut from a block of solid Steel/ Shaped push-buttons
Bezel: Fixed or unidirectional turning bezel according to models/ set with diamonds according to models
Dial: Hand applied faceted indexes in Steel or Diamonds according to models. Luminescent hour-markers and hands.
When applicable: Top Wesselton (VVS) diamonds. A certificate featuring the quality, size and carat of the diamonds is delivered with each timepiece set with diamonds.
Crown: Screw in
Bracelet: Steel or enamel calf leather strap according to models
Clasp: Double safety clasp with folding buckle
Specifications may depend on the model.