The beginning of the oldest watch manufacturer dates back into the year 1755 when twenty-four-year-old Jean-Marc Vacheron opened a workshop in Geneva. Since then, the company has built highly complicated and precise timepieces encased in specially decorous and costly shells. It is no surprise that the Genevan manufacture Vacheron et Constantin has been one of the most popular watchmakers to the royalty for centuries.

The Vacheron Constantin museum exhibits more than four hundred unusual and rare pieces, tells quite a story about the glorious history of the company, and the showcased pieces also illustrate how easy it was for the Genevans to leave pocket watches behind in favour of wristwatches at the beginning of the twentieth century.

After a long period of prosperity, which reached into the 1950s and ‘60s, not much was heard from the brand whose emblem comprises the cross of the Maltese knights. Since the middle of the 1990s, when Vacheron Constantin went over into the possession of the Vendôme Luxury Group (today Richemont SA), the Vacheron brand has once again developed into a true custodian of haute horlogerie with a daring step in the direction of luxury sports watches (the Overseas model). In the last few years a new collection has grown, advantageously orienting itself to modern forms as well as traditional patterns, where extravagant creations such as the Assymetrique have found room, a watch that delighted European jet-setters in the early 1970s.

This development was expressed in the presentation of a new watch line called Malte, the French name for the small, rocky Mediterranean island of Malta. The presentation of Malte represents not only a new model family, but also the reintroduction of Vacheron Constantin’s technical competence in the form of a fully new hands-wound calibre. Caliber 1400 is produced in a subsidiary plant of the Genevan brand in the “watch valley” Vallé de Joux. The traditional construction allows the ancient brand to celebrate its 250th anniversary in 2005 knowing it once again belongs to the illustrious group of true Swiss watch manufactures with its own movements.

The above-mentioned movement is contained in the new women’s model Égerie that was presented at the S.I.H.H. 2003, whose outer appearance was modelled after a watch produced by Vacheron Constantin at the beginnings of the last century. Alongside careful extending of the collection, which will in moderation include re-issues of previously successful models, a spatial expansion of the company is also in the works.

Starting in the fall of 2004, the brand will have most reputable neighbours such as Patek Philippe and Piaget when the new Vacheron Constantin manufacture takes us work in Geneva’s industrial suburb Plan-les-Ouates. The building designed by the architectural office of Bernard Tschumi, stands on a property of a good 30.000 square yards and can be easily reached. Both the company’s management and large parts of the production will find room here, making the current production facilities in the Les Acacias district unnecessary. The above-mentioned workshop in the Vallé de Joux will be occupied more with developmental work, design, and prototypes. The company’s famous building housing the museum and boutique on the Rhône Island in the Genevan old city center will remain as it is.

Panerai: Italian Fine Design   Panerai Watches Company was founded by Giovanni Panerai in 1860 in Florence, Italy. In 1890, his grandson Guido Panerai expanded his grandfather’s business by giving to it a new direction: high precision mechanisms. As a consequence, Panerai watches became the Royal Italian Navy official supplier expanding his production to manufacturing precision instruments as well.. When the 20th Century started, the factory was relocated in Piazza Giovanni (Florence) and it was then that Panerai watches delivery started and optical and mechanical instruments were made for the Defence Ministry.  In 1993, when producing for the Marine was no longer cost-effective, the company ceased providing watches for the Navy. After two years, when Sylvester Stallone spotted and bought a Panerai Luminor in Rome to wear in the film Daylight, he then bought many of them to offer to his friends with his signature on the case back. This model was called Slytech and it gained rapid popularity worldwide. Panerai has four major lines of watches: Historic, Contemporary, Manifattura and Special Editions. When Panerai was called Ferrari’s official timekeeper, Panerai developed two collections of Panerai Ferrari: Granturismo and Scuderia. 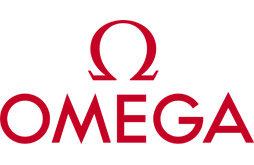 The Longines DolceVita from Swiss watchmaker Longines combines the cool streamlined look of the Twenties with the star glamour of the Fifties, bringing new vitality to the Italian style of living. The watchmakers at Longines have created a line of jewelry that lets wearers around the world experience the soul of savoir-vivre while expressing their own personal sense of pride. Whether executed in a classical rectangular, a cool balanced square or with flawlessly curving case lines of the round-shaped Longines DolceVita, Time is clothed in timeless elegance that looks perfect in all the trend-setting cities of the world. The history of Longines DolceVita goes back to the nineteen twenties, when the watchmakers at Longines managed to make carefully dressed ladies and gentlemen enthusiastic for the new, rectangular and square watchcases that drew their inspiration from the world. Today's Longines DolceVita breathes new life into these rectangular and square-shaped cases in precious materials - polished stainless steel or 18K gold. Details such as the curved, scratchproof sapphire crystal underscore the elegance of the watch.