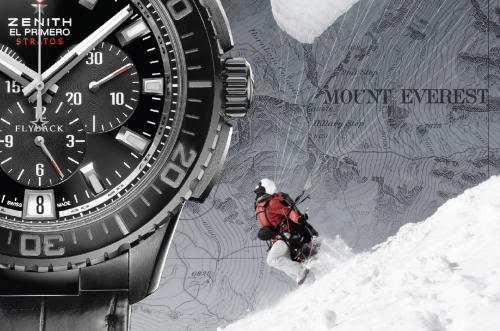 the watch manufacturer in le locle, partner of men and women who personify a pioneering spirit in their domain, has just announced that Antoine Cina has become its new Ambassador. the Valais climber’s project is to climb everest from the tibetan side, and when he has completed his climb, to take off from the top of the world on a paraglider. launched at 8,848 m, the paraglider will bear Zenith’s starred logo. 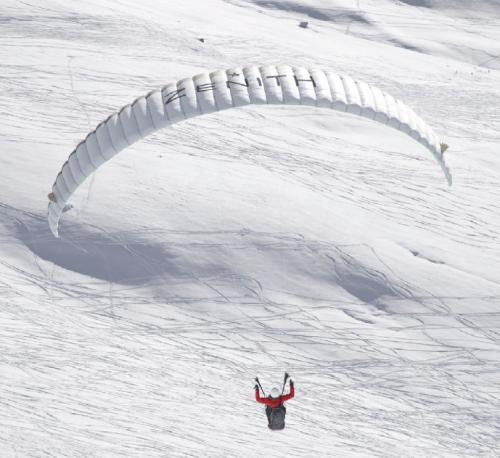 Everest 2011
Following two years of preparation, Antoine Cina is going back to Everest on a second expedition that will begin on April 23, 2011, with the same international team that participated in 2009. He will follow the same Tibetan route.

The expedition will need about a fortnight to reach its Base Camp in the village of Rongbuk, situated at 5,050m. After this, they will take about another ten days to reach the summit via the North Col at 7,000m. Antoine Cina will carry two ZENITH flags in his baggage: the first to be raised at the Base Camp ; and the second on the summit of Everest.

Here, right on top, 25 days after the start of the expedition, he will attempt the challenge that is his reason for returning to the highest point on the planet – namely, to take off on a paraglider emblazoned with ZENITH’s starred logo. The expedition will be covered on a daily basis by journalist Nathalie Lamoureux from the French weekly Le Point, who will post reports and videos on the climbers’ progress on www.lepoint.fr. These interviews and videos will be transmitted by the Arab station, Aljazeera, who are following a member of the expedition sponsored by the Emir of Qatar. Finally, Antoine Cina himself will be equipped with a camera in order to transmit pictures of his take-off and his flight. These images will circle the globe!

Antoine Cina, a life dedicated to mountains Like all ZENITH ambassadors, Antoine Cina is first and foremost a man driven by a passion. Born in Montana in 1955, he has always lived from, and for the mountains. He gradually turned to ski mountaineering, which he practised to competitive levels. His expertise in this domain has resulted in him being an international judge at ski mountaineering competitions. He was also head of the Crans Montana mountain rescue team.


Check out Zenith Watches at Interwatches!

Podium and Lead in the Championship for Marc A. Hayek despite Stop and Go Penalty 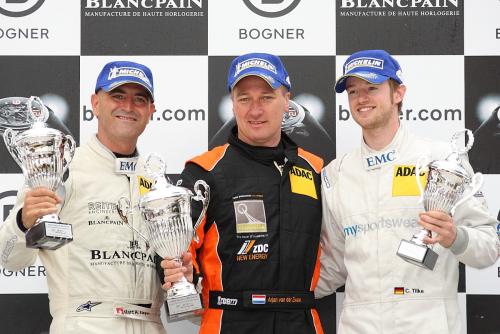 The third round of the ADAC GT Masters took place in Belgium at the Circuit Zolder last weekend. 34 dream sports cars competed at the 4,000 m (2.5 miles) long former Formula 1 track.

Swiss Marc A. Hayek races in a Team Reiter Engineering Lamborghini Gallardo LP600+ with starting number #24 this season. He shares the Italian racing car with experienced Dutch pilot Peter Kox and competes in the amateur class of the ADAC GT Masters series.

Hayek used the free practice session on Friday to familiarise himself with the track, where he raced for the first time. The qualifying session on late Friday afternoon took place in difficult conditions in the rain. However, the Swiss managed it well and finished the qualifying sessions without any damages.
The race on Saturday started in dry conditions with Hayek in P31. He managed a good start and was able to gain a few places during his stint. In lap 16 he came in for the mandatory stop and driver change. The Dutch took over in P23.

According to the rules the duration of the pit stop from the pit entry to the pit exit is 70 seconds minimum. The Stewards of the Meeting obviously determined that this duration was cut short by two seconds and gave Kox a stop and go penalty. As a result of this Kox lost a lot of places. In the end he was able to regain a few places and reach P15, winning a great P2 in the amateur class and a place on the podium for Hayek.

Peter Kox started the second race on Sunday in great weather from P15. After a serious crash in the first lap the safety car came out. A few cars in the front collided. Kox passed the site of the crash without damages and pushed forward in his stint. During the driver change at half-time Marc A. Hayek took over the Lamborghini in P6. Once again the team did not watch the time, undercutting the mandatory duration again. The Swiss had to come in for a stop and go penalty. In the meantime almost the entire field passed, Hayek dropped to the end of the field and finished the race in a disappointing P19. 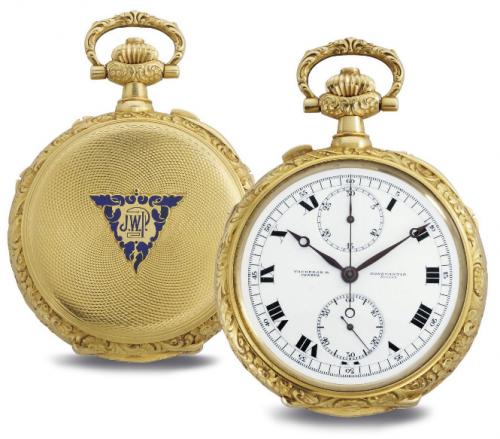 The auction held by Christie’s in New York confirmed Vacheron Constantin’s strong appeal to international collectors. During this sale in which bidders from around the world displayed a keen interest, the Geneva-based House distinguished itself by setting an absolute record for the pocket watch made for James Ward Packard (1863 – 1928), the famous American automobile manufacturer and devotee of Haute Horlogerie watches. He was one of first American collectors to work directly with the Geneva-based watch manufacturer in order to build up a collection of unique timepieces.

Among the items by Vacheron Constantin that were up for bidding in New York, the 20-carat gold pocket watch (lot n° 100) proved to be the undisputed star of the auction by fetching 1,800,000 USD.

A truly exceptional result for an equally exceptional watch: in addition to displaying the hours, minutes and seconds beneath a rock crystal glass, this timepiece features a personalised combination of complications including hour, minute, quarter and half-quarter repeating, grande and petite sonnerie as well as a 30-minute chronograph register.

The magnificently adorned back of this piece featuring the monogram JWP on blue enamel was executed in Geneva following a sketch made by James Ward Packard himself. This elegant watch is in impeccable condition, having been preserved in the safe of a bank where it had remained untouched for the past 60 years.

Watches in Movies: The green Lantern and Hamilton Khaki 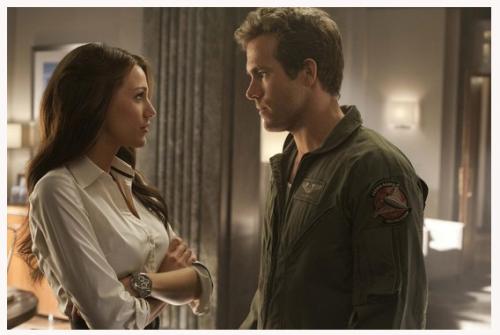 
Hal is a gifted and cocky test pilot, but the Green Lanterns have little respect for humans, who have never harnessed the infinite powers of the ring before. But along with his determination and willpower, he makes use of the one thing he has but no member of the Corps does: humanity. With the encouragement of fellow pilot and childhood sweetheart Carol Ferris (Blake Lively), if Hal can quickly master his new powers and find the courage to overcome his fears, he may prove to be not only the key to defeating Parallax he will become the greatest Green Lantern of all. 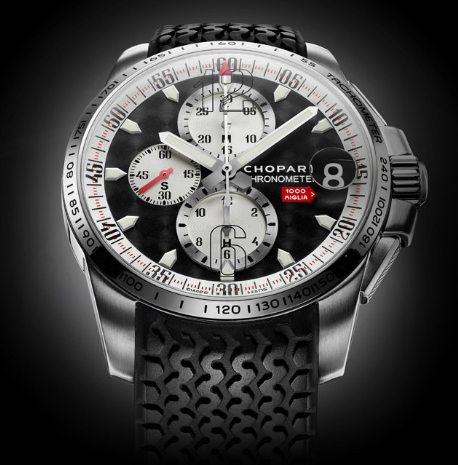 Distinctive, appealing, generously sized and resolutely dynamic, the Mille Miglia GT XL Chrono zon is a boung to thrill motor sports enthusiasts everywhere. The dial plays boldly on its natural aura of stregth, concealing nothing of its forceful temperament. Powered by a chronometer certified chronograph movement, this zon edition feature an integrated rubber strap, pushers inspired by brake-pedals and brushed finishes on the horns.

As all of Chopard's exclusive pieces, the new Mille Miglia GT XL Chrono 2011 is issued in a limited edition. It is available in 2011 pieces in stainless steel and 250 pieces in rose gold.

The Mille Miglia GT XL Chrono 2011 is nested in 44 millimeters wide round case with a  vintage-style dial, with elongated Arabic numerals. The sub-counters, featured at 12, 6 and 9 o’clock, are decorated with snailed pattern.

Water resistant to 100 meters, it is fitted with a bezel engraved with a tachometric scale. Screw-lock crown bears the Mille Miglia arrow. The arrow is set on the dial in vibrant red color.

The new Mille Miglia GT XL Chrono 2011 is certified by COSC as a self-winding movement. Offering 46 hours of power reserve and stop seconds mechanism enabling time-setting to the nearest second, the stainless steel model retails at 6.520.