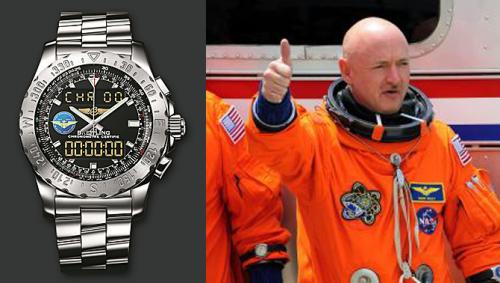 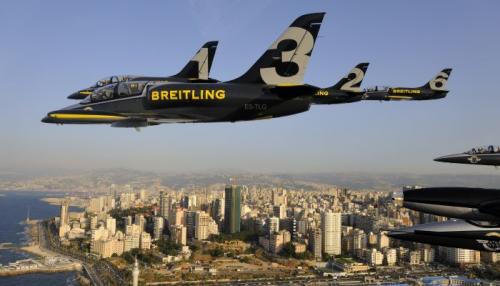 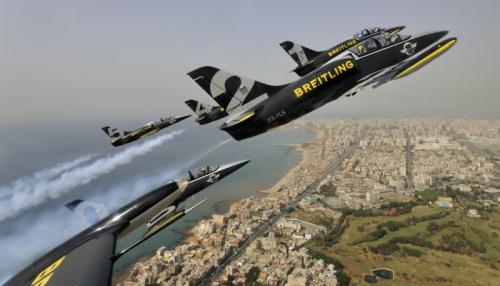 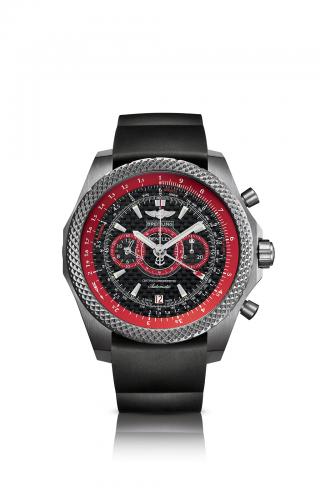 Breitling for Bentley has created a limited edition of only 100 pieces of the watch that was part of the record-breaking achievement in February this year and named it Bentley Supersports ISR (Ice Speed Record).

The Ice Speed Record was broken February 18th 2011 by a special version of the Bentley Continental GTC Supersports convertible that set an ice speed record at 205.46 mph. Bentley thus once again proved its supremacy in terms of technology and engine performance.

The Breitling for Bentley Suppersports ISR, created in tribute to this milestone in automobile history, embodies a blend of British chic and Swiss expertise. This high-performance chronograph is distinguished by its light and sturdy titanium chassis, red-accented dashboard-style carbon fiber dial and its raised knurled bezel reflecting the style of Bentley control buttons.

The Breitling Fleet Over Switzerland 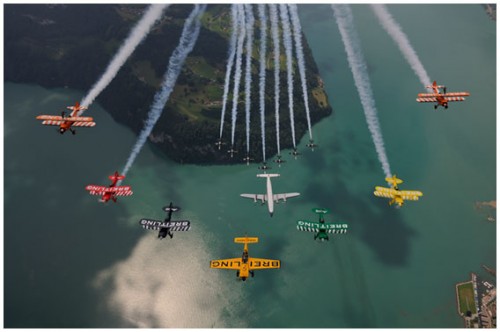 Breitling has been involved in the aviation business for years now, and this time, to conclude the annual gathering of aircrafts in Buochs, Switzerland, a fleet of Breitling Jet Teams overflew the city. The ;outstanding picture taken of the whole fleet over the Swiss ground was so successful that will be featured in Breitling’s next catalgue.

A spectacular flight above the Lake Lucerne, at the heart of Switzerland, featured a gathering of the essential components of the Breitling “fleet”, with the seven L-39C Albatros planes composing the fabulous Breitling Jet Team (the world’s largest civilian aerobatics team flying on jets); the Breitling Super Constellation (one of the world’s last three flightworthy “Super Connies”); the pair of orange Boeing Stearman biplanes carrying the Breitling Wingwalkers performing acrobatic figures in mid-air; and the four colourful Pitt Special S2As of the Breitling Angels flight headed by the MX2 flown by international aerobatics ace Nigel Lamb.

Nigel Lamb, the aerial coordinator and formation leader, commented: 'It is very challenging and exciting to be part of a formation with so many aircraft involved. The challenge is to plan for all the different performance limitations of the elements within the formation. You need to be 100% confident in the skill of the other team members. However, here I knew that we had a professional in every cockpit!'