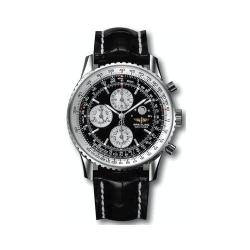 Constituting Breitling's flagship product, the Navitimer line symbolizes the brand's mastery in the field of mechanical chronographs. Among these instruments with a wealth of tradition, originality and exclusive features, the Navitimer Olympus represents the world of watch Complications. Its mechanism composed of around 250 parts enables measurement of short times and simultaneous display of the date, day, month and moon phases. This siphisticated movemnt, chronometer-certified Caliber 19, requires adjustment only once every leap year. The generously sized Navitimer Olympus allows perfect read-off of the plentiful data provided by the dial and its 9 hands. The caseback carries a conversion scale for the weights and measures used in aviation, Olympus is of course equipped with the famous slide rule, the hallmark feature of any Navitimer.

The favourite of pilots 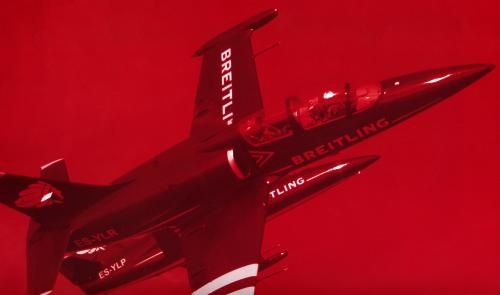 Soon after its launch in 1952, the Navitimer chronograph became a favorite with pilots. In addition ti its ability to measure short times, this wrist instrument is quipped with a â€œnavigation computerâ€, a circular slide rule able to handle all airborne navigation calculations, such as climbing times or fuel consumption rate, and even to convert miles into nautical miles or kilometers. This first Navitimer was officially chosen by the AOPA (Aircraft Owners and Pilots Association), encompassing pilots from around the world. Today, this model has lent its name to a line of original mechanical chronographs, featuring a wealth of exclusive technical features and naturally all fitted with the famous slide rule.


Many are the Breitling Navitimer Models, click to read more about them:

The instrument hat has symbolized the brand since 1952 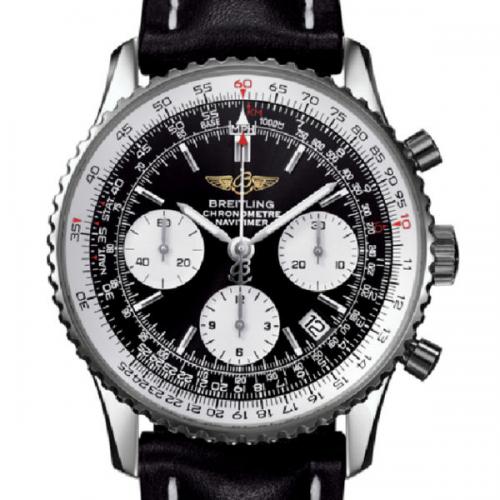 
In launching the Navitimer in 1952, Breitling gave pilots a genuine wrist instrument. Ingenious and efficient, this chronograph is endowed with a built-in â€œnavigation computerâ€ a circular slide rule capable of performing all calculations a flight plan requires. The Navitimer thus became the official watch of the AOPA (Aircraft Owners and Pilots Association), the worldâ€™s largest grouping of pilots. In its fifty years of existence, the Navitimer has achieved cult object status, thereby joining the select circle of modern, ultra-functional and timeless objects that have made their mark on the 20th century. Since the famous â€œ806â€ model in 1952, the Navitimer has found its way through the years unchanged in both form and spirit. Continuously produced throughout this period, it is now the worldâ€™s oldest chronograph. 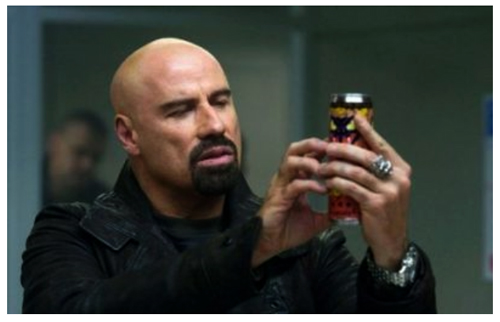 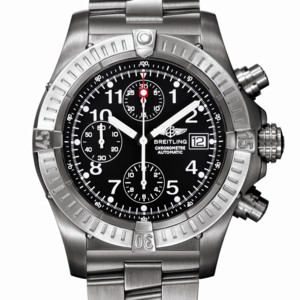 Description
The Chrono Avenger is the result of extensive research aimed at improving the essential features of Breitling wrist instruments, both for civilian or military use. This heavy duty chronograph incorporates major technical and aesthetic innovations. Its sturdy construction is a reminder that Chrono avenger is designed for intensive use.

The dial of the Chrono Avenger was changed during it's production. Later examples of the Chrono Avenger have the concentric circular patterning on the subdials, while earlier ones did not. The later models also have the painted date wheel with the darker font where as the earlier ones are printed and appear lighter. The shape of the number "8" as well is different on the two models.


CHECK OUT Breitling Watches at Interwatches! 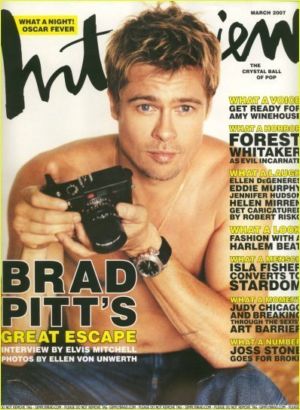 
William Bradley â€œBradâ€ Pitt was born on December 18, 1963. He is an American actor and film producer, also cited as one of the worldâ€™s most attractive men and received two Academy Award nominations and four Golden Globe Award nominations, winning one. 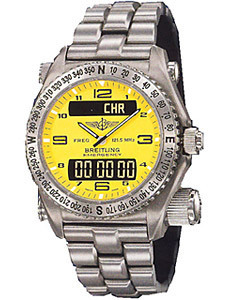