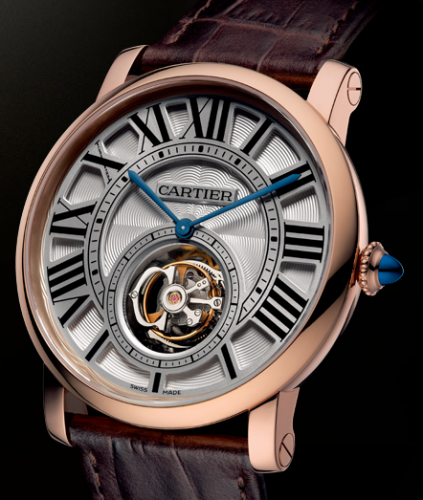 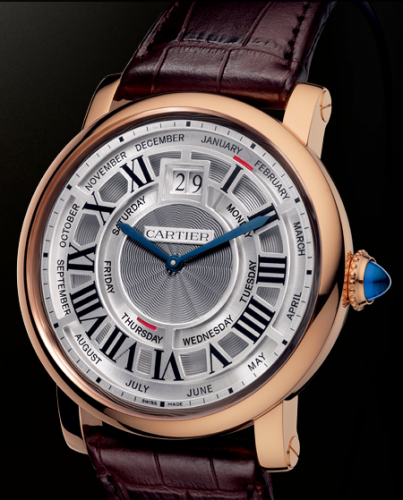 As all top brands attending the SIHH 2012, Cartier introduced some of its new dazzling models for this new year collection. Today we are introducing the Rotonde de Cartier Annual Calendar.
This new timepiece honoring the Creator of Fine Watchmaking from Cartier manufacture reinvents once again the traditional functions of a watch. The 9908 MC Annual Calendar Movement has been entirely conceived and produced by Cartier development teams in order to incorporate the most important characteristics of an annual calendar: readability and functionality.
By incorporating a Large Date, the model offers excellent readability; by making the crown the only means of correcting the calendar, the operations and setting functions are simplified. The movement is fitted into a Rotonde de Cartier 45 mm case.
This watch, regulated just once a year at the end of February, shows the date, the day, and the month.
Technical details:
Movement: Mechanical Manufacture self-winding movement, calibre 9908 MC, 32 jewels
Power reserve: approximately 48 hours
Functions: hour, minutes, seconds, annual calendar with day, date, and month
Case: 18K Pink gold
Diameter: 45 mm
Dial: silvered openwork grid with sunray effect with black transferred Roman numerals and sword-shaped blued-steel hour and minute hands
Strap: alligator strap woth double adjustable deployant buckle in 18K Pink Gold
Water resistance: 30 meters or 99 feet. 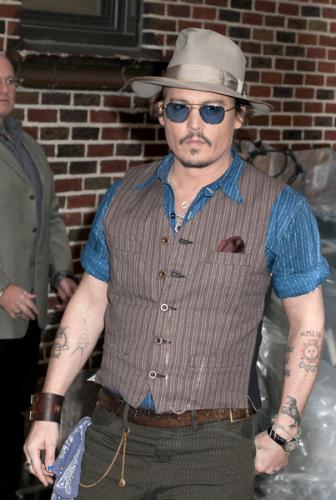 Johnny Depp, one of the most beloved American actors who is also a producer, has been spotted waring a Cartier Ballon Bleu 2011 edition.
John Christopher "Johnny" Depp II (born June 9, 1963) is an American actor, producer and musician. He has won the Golden Globe Award and Screen Actors Guild award for Best Actor. As part of his personal interests are also included music (he had played slide guitar with Oasis, acoustic guitar for movie soundtracks), winemaking (he owns a vineyard in France).
And when it comes to watches selection, this year chosen timepiece by Johnny Depp has been a watch by Cartier, a Ballon Blue 2011 edition in 18K white gold with a black alligator strap.

Another preview before the SIHH 2012 from Cartier 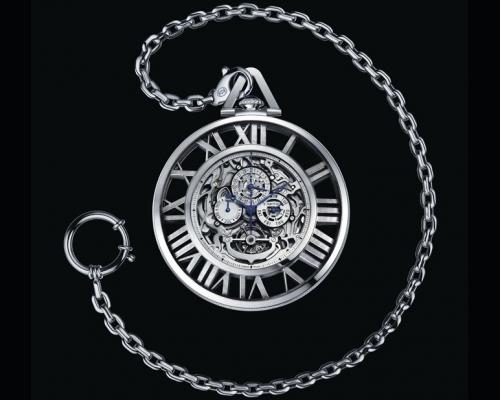 We have presented the Rotonde de Cartier Minute Repeater Flying Tourbillon as a preview to the SIHH 2012 earlier this week. We now have another glimpse of a complicated watch, the Cartier Grand Complication Skeleton pocket watch.
Nothing classier, sober and stylish than a pocket watch manufactured by Cartier. The brand, who has presented a complicated watch every year for many years now, will be introducing in 2012 the Cartier Grand Complication Skeleton pocket watch, an exquisite timepiece that will surely be added to all watch lovers wish-lists.
In terms of design, in order to carve these twelve Roman numerals out of the original solid gold surface, this technical tour de force required at least 100 hours of extremely high-precision craftsmanship to perfect the finish and embellishment of each numeral. 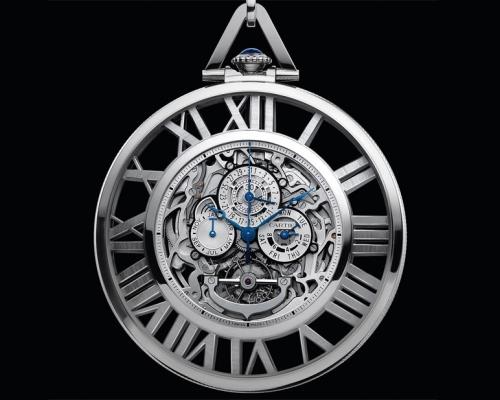