Chopard celebrates the 125th anniversary of the Poincon de Geneve

Chopard is adding a limited edition of 125 pieces to the L. U. C. XPS Collection, this time to commemorate the 125th anniversary of the Poincon de Geneve, a quality hallmark in watchmaking craftsmanship.

The Poincon de Geneve quality hallmark is an all-in-one guarantee of origin, craftsmanship and durability. Created in 1886 to protect Geneva watchmaking and it involves three fundamental conditions of admission and 12 qualifying criteria. A watch is eligible if its movement is assembled and adjusted in Canton Geneva, numbered, and meets the criteria established by the Technical Committee.

The commemorative model features a chocolate-toned dial with satin-brushed motif centered on the Chopard logo, and houses the L.U.C. 96.01-L movement bearing the prestigious certification. This exceptional calibre is also chronometer certified by COSC and clearly visible through the transparent caseback. 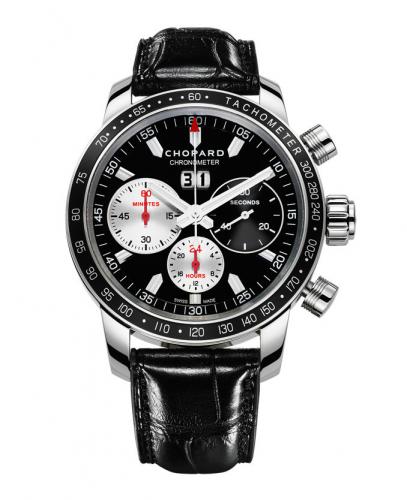 Chopard is proud to present a new edition of Jacky Ickx watches, the fifth watch to be presented for this line, which is a reflection of of the story of friendship between the legendary racing driver  and Chopard Co-President Karl-Friedrich Scheufele, who both share a passion for beautiful mechanisms. This limited edition will be a tribute to the Le Mans 24 Hours endurance race, one of the world’s most legendary automobile competitions.

Representing everything a true classic racing watch should be, the Edition V of Chopard’s exclusive timepiece will be limited to 2000 pieces in stainless steel, and 500 in rose gold, which will be visible by an inscription on the caseback. Featuring a chronograph with a 60-minute Jacky Ickxcounter at 9, a 24-hour counter at 6, and a flyback function; this timepiece is completed by a tachometric scale engraved on the bezel, a large date display at 12, and a small seconds counter at 3.

To commemorate the sensational career of  Jacky Ickx, this year;s launching of the Chopard Jacky Ickx watch will coincide with the presentation of a documentary film retracing the legendary driver’s outstanding career, who is particularly famous for having won the Le mans 24 hours endurance race six years in a row. 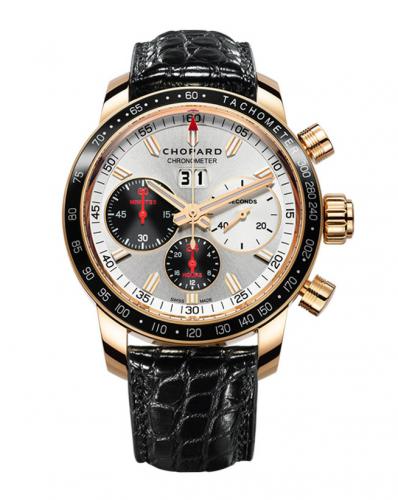 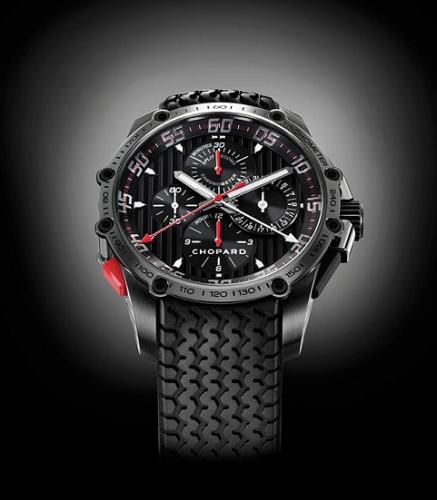 It is made of natural rubber and fitted with a deployant clasp. The dial evokes the counters on vintage racing cars, while the minute markers on the flange are reminiscent of the numerals adorning the rev counters and speedometers. Every last detail of this model – including the racing steering-wheel in DLC (Diamond Like Carbon) blackened steel appearing on the rubber-moulded screw-locked crown, the grooves engraved on the sides of the lugs, as well as the cooling vents and the Allen screws on the bezel inspired by those used on wheel rims – shows another reference to competition cars.
45 mm-diameter DLC blackened steel case, the self-winding movement chronometer-certified by the COSC powers the hour and minute hands, small seconds at 9 o’clock a pointer-type date display - in a subdial at 3 o’clock. The highlight is the split-second chronograph It enables measurement of either a split time or of two events that begin at the same time but with different durations.

When the mechanism is activated using the pusher at 2 o’clock, the perfectly superimposed red sweep-second hand and the white split-second hand begin running simultaneously. In the first case, the split-second hand may be stopped by means of a pusher at 8 o’clock moulded in red rubber – another new feature. In the second, once the split-second is immobilised, another press on the pusher at 2 o’clock stops the sweep-second hand. Two measurements are thus visible – with the minutes and hours read off on counters at 12 and 6 o’clock – before the mechanism is reset by means of the 5 o’clock pusher. The case-back is engraved with the inscription Superfast Split Second. The Classic Racing Superfast Chrono Split Second is issued in a limited edition of 1000. 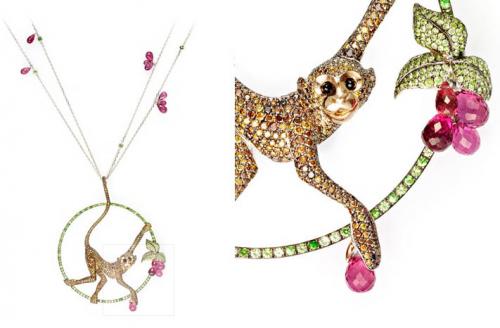 During the windy months of winter in the Swiss region of Jura, the country people dedicated their time to produce movements for Swiss precision pocket watches. Peasants received orders from Geneva through the Comptoirs, selling organizations which provided the peasants with the components of watch mechanisms in order to have them assembled. In spring, they collected the finished movements and started trading them. Until 1830, only watches with key mechanisms were produced in the region. In 1860 Louis Ulysse Chopard founded his company in the small village of Sonvilier. There is no record of the first year’s production but we know that, since then, it has produced watches that meet the highest standards of quality and precision. The first Chopard watch we know is a thick pocket watch with the signature Chopard e Sonviller.

In order to identify his production from the rest, L.U Chopard focused on quality and precision and developed the finest watches in Sonvilier. From the beginning of the 20th century on, domestic traditional watchmakers started disappearing gradually due to Industrial Revolution. Chopard decided that there was still a clientele for his watches and left to Eastern Europe. He visited Hungary, Poland and Russia and his watches reached CZar Nicholas II's court. In 1920 the company moved to Ginebra. The period between the two World Wars was critic for many watchmakers and jewellers, but not for L. U. Chopard, his son and their watches.

Louis Ulysse Chopard's grandson, André-Paul Chopard, was the head of the firm until 1963 when he met Karl Scheufele III -member of a family with a great reputation in the jewellery business- and, finding himself with no descendants, decided to leave the company in the young man's hands.