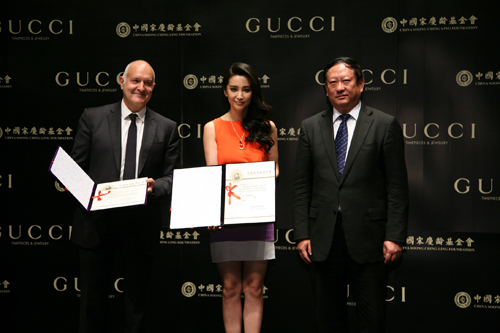 Gucci has announced the “Gucci Timepieces & Jewellery Music Fund, as past of its collaboration with China Soong Ling Foundation, aiming to discover and nurture talented young musicians across China, Hong Kong, Macao and Taiwan.
The Gucci Timepieces & Jewellery Music Fund will provide scholarships to young musicians within the framework of an international music exchange program in collaboration with the Grammy Awards and the Recording Academy. The young talent will be selected from the most prestigious music establishments including the Central Conservatory of Music in Beijing and the Xian Conservatory of Music.
The new fund fits in perfectly with Gucci’s existing activities in support of the arts in general and music in particular. The brand has been a long-standing supporter of The Film Foundation, a non-profit organisation established by Martin Scorsese, for the restoration and presentation of groundbreaking and influential films.
Gucci will showcase the individual students and allow visitors to follow their personal development through special section on their website.

A new Gucci for Valentines

An addition to the U-Play Collection 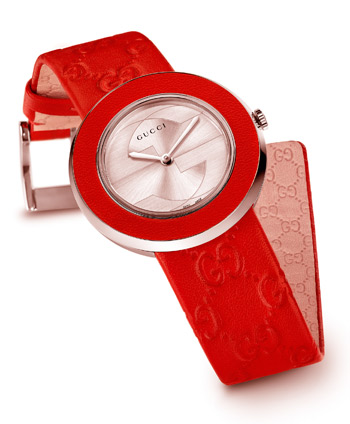 Right in time for Valentine’s Day, Gucci presents us with its new U-Play collection.
Conceived by the brand’s own Creative Director - Frida Giannini - the ligne offers playful and interchangeable items, from sunglasses to timepieces.
With it’s bright red bracelet contrasting with its metallic double "G" dial, the above U-Play watch makes an interesting fashion statement and stays true to the Gucci spirit.
No further specs have been released at the moment, we leave you with a picture of this lovely red version of the U-Play.

Check out Gucci's Watches at Interwatches!

A unique timepiece and Jewellery Collection 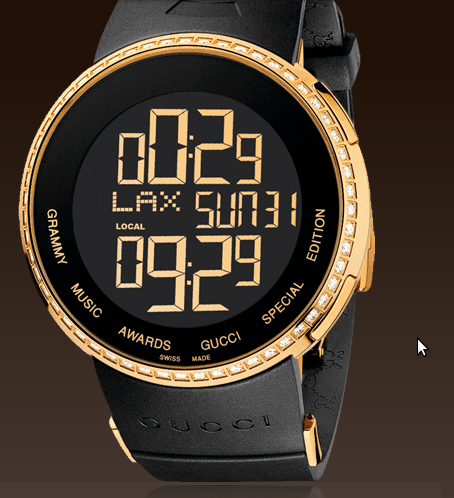 Following the recent announcement of the partnership of Gucci with the Latin Grammy Awards, Gucci is now presenting the exclusive Special Edition Latin Grammy Timepiece and Jewelery collection inspired by the eclectic world of Latin music.

Coming together as a unique fusion of fashion and music, the Latin Grammy Award has been designed by Gucci Creative Director Frida Giannini. The collection will be a larger and bolder version of Gucci’s first-ever digital timepiece, the I-Gucci, offering the ultimate versatility.

This extra-large timepiece features a special tag celebrating the Latin Grammy partnership in a complete watch including functions such as chronometer and countdown. As a special addition, the gramophone symbol has been etched on the rhodium plated sterling silver clasp, along with the Gucci logo to complete the overall design.

Water resistance: 30 meters or 100 feet.
Check out Gucci's Watches at Interwatches!
Check out! 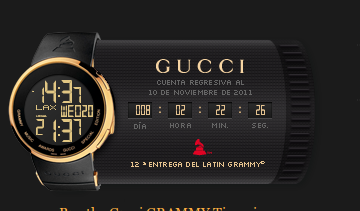