Jaeger-LeCoultre and Cinema: the Grande Maison becomes the official partner of the Shanghai Internat 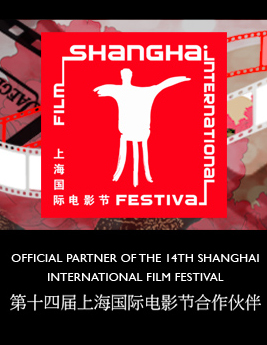 Jaeger-LeCoultre is pleased to announce that it has become the official partner of the 14th Shanghai International Film Festival (SIFF), the largest and most influential international film festival in Asia-Pacific. The cooperation between Jaeger-LeCoultre and SIFF will last for three years, during which both sides will work together to restore a number of Chinese classic films and support young and prominent Chinese film directors.

During the opening ceremony of the 14th Shanghai International Film Festival on June 11, 2011, the public will witness a grand event with the galaxy of stars shining on the red carpet. Up to date, more than 50 Chinese crews and over 400 film stars have expressed their willingness to attend this grand festival. American film actors, including Susan Sarandon, Marisa Tomei, Matt Dillon, Willem Dafoe and other Hollywood stars will attend the opening ceremony of the festival. Over 100 foreign actors and directors will bring their movies to this international film event.

Jaeger-LeCoultre and SIFF will host a special public auction attended by numerous Chinese and international celebrities during the opening night on June 11, 2011. This event will help raise funds to restore the inheritance of Chinese film culture and promote Chinese film industry. For this special occasion Jaeger-LeCoultre will put on auction a watch full of memorial significance. All filmmakers attending the auction will make an on-the-scene donation of unique objects and souvenirs that relate to the films in which they have been involved.

SIFF is China’s only A-category international film event recognized by International Federation of Film Producers Associations (FIAPF). In the framework of their partnership, Jaeger-LeCoultre and SIFF will also set up a series of film exhibitions “the World Cruise of Jaeger-LeCoultre’s Rehabilitation of Chinese Classic Films” with the gala event to be held at SIFF in 2014.

Both partners are keen to keep alive the artistic passion and creative spirit. “Jaeger-LeCoultre has a long origin with the film industry, and has always been committed in supporting and promoting the film culture. We are honored to be the partner of the Shanghai International Film Festival. As a major player in watchmaking history, celebrating its 178th anniversary, Jaeger-LeCoultre has been upheld and respected to inherit watchmaking tradition, maintaining invention spirit and creating high watchmaking legend, which is in line with Shanghai International Film Festival’s concept of Classic Inheritance and Creativity. With the booming Chinese film industry, Jaeger-LeCoultre hopes to support the development of innovation of the industry and deepen its investment potential, thus to promote film culture. Meanwhile, we also want to protect those endangered traditional film movies to inherit classic art,” said Jérôme Lambert, Chief Executive Officer Manufacture Jaeger-LeCoultre.

Tang Lijun, Executive Deputy Secretary General of the Organizing Committee of Shanghai International Film Festival, said, “China has a huge number of classic movies that bearing extremely high artistic values. However, due to limitation in fund, manpower and techniques, China still lags behind in rehabilitation of old films. If more enterprises with a sense of social responsibility, just like Jaeger-LeCoultre, are willing to participate in this huge but meaningful program, they will exert an extraordinary impact on the protection of great cultural heritage. Their dedication is bound to attract the attentions of domestic and international film industries and media. At the same time, they will be recognized and commended by the vast majority of movie fans. Those young directors dedicated to film industry need both platform and opportunity for growth. In the past years, SIFF has stuck to supporting young directors. In this year, SIFF will invite the masters in filmmaking industry to be art directors, including John Woo Yu-Sen, Feng Xiaogang and the Danish director Bille August. Now, with strong support from Jaeger-LeCoultre, we will witness master directors stepping onto the world stage from now on. This will become a blessing and motivation for entire Chinese film industry”.