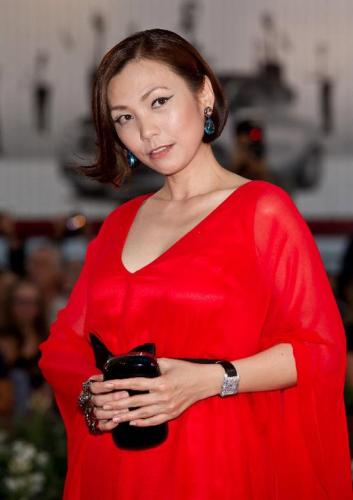 Al Pacino and Jaeger-LeCoultre Glory to the Filmmaker Award

Legendary American actor and director Al Pacino is the recipient of the Jaeger-Le Coultre Glory to the Filmmaker 2011 Award, a prize of the Venice International Film Festival (organized by the Biennale di Venezia), created in collaboration with Jaeger-Le Coultre, and dedicated to an artist who has left an original mark on contemporary cinema. The prize has previously been awarded to some of the greatest figures in film including: Takeshi Kitano (2007), Abbas Kiarostami (2008), Agnès Varda (2008), Sylvester Stallone (2009) and Mani Ratnam (2010).

This year, the award celebrates Al Pacino and his achievements as a filmmaker. The awards ceremony took place on Sunday September 4th during the 68th Venice International Film Festival (August 31st – September 10th 2011) directed by Marco Mueller and organized by the Biennale di Venezia chaired by Paolo Baratta. Festival Director, Marco Mueller, describes Pacino as, “An amazing director, whose experience is precious and original, and enriches the world of contemporary film.” The award ceremony preceded the world premiere of Pacino’s third feature-length directorial picture, Wilde Salome. Referred to as his "most personal project ever," the unconventional feature documentary invites audiences into Pacino’s private world, as he explores the complexities of Oscar Wilde’s acclaimed play Salome, Wilde himself and the birth of a rising star, in actress Jessica Chastain.

The director of the festival Marco Mueller invited Jessica Chastain on stage to present the prize to Al Pacino. It was with deep emotion that the actress (a talent discovered by Al Pacino) expressed how honored she was to give the prize to Al Pacino and underlined Jaeger-LeCoultre’s involvement in the world of cinema: "I am proud to present this award to Mr. Pacino on behalf of Jaeger-LeCoultre. Jaeger-LeCoultre's commitment to film is sincere, longstanding and ever increasing with their support of not only the Venice Film Festival but Shanghai as well, working to help recognize both upcoming and confirmed actors, directors and producers. They are delighted to honor Mr Pacino's outstanding contribution to the world of film and to help him celebrate Wild Salome by presenting him with an engraved watch, symbolizing the time dedicated to making art."