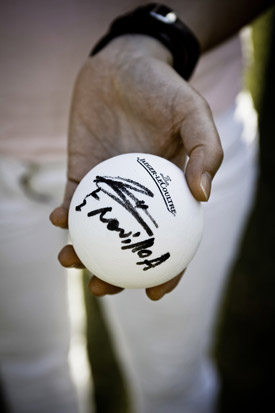 On the year of the 80th anniversary of the legendary collection Reverso, Jaeger-LeCoultre will pay tribute to its relationship with the world of polo and will support Eduardo Novillo Astrada and the La Aguada team at the Triple Crown Tournament, one of the most awaited polo events of the year.

The Reverso watch has a long tradition and is now a reference in the world of polo, being the first watch to be dedicated to a hobby, with all its elegance and efficiency. The major polo championship in Argentina will be taking place before the end of the year and the famous La Aguada Polo Team will be officially supported by Jaeger-LeCoultre as it became the team’s official sponsor.

Along with saluting its 80th anniversary by introducing new Reversos, the Manufacture Jaeger-LeCoultre supports the most important event in the polo world: the Argentinian “Triple Crown”. The Triple Crown Tournament includes three championships: the Tortugas Open, Hurlingham Open, and Palermo Open, measuring the world’s best polo players. Eduardo Novillo Astrada, Jaeger-LeCoultre global ambassador since 2006, and his team are among the selected favourites to be crowned winners of the champinship.

La Aguada team will have to work hard to proclaim themselves once again winners of “The Triplw Crown”. The team led by the Novillo Astrada brothers won the triple crown in 2003, after winning the Tortugas Open, Hurlingham Open, and Palermo Open in the same season. They became the fourth team in polo history to win the three tournaments in one season. This year they will be officially sponsored by Jaeger-LeCoultre and Standard Bank.