A brand new shop within Tourneau in New York 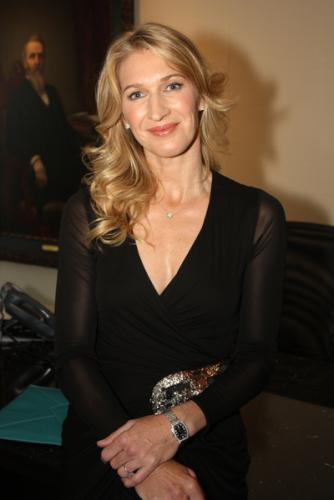 Tennis legend, philanthropist, and Longines Ambassador of Elegance Stefanie Graf will join the Swiss watch company Longines and Tourneau on January 24th, 2012 at Tourneau's flagship location in New York City for a special ribbon cutting ceremony to unveil Longines' brand new shop within Tourneau.
To celebrate the highly anticipated opening, Longines will host a private preview of the shop for top US press, followed by an intimate cocktail reception for VIP clientele. As part of the festivities, invited media and guests will be able to view Longines' newest collections of elegant watches including The Longines Master Collection Moon Phases, Longines DolceVita Steel/Gold, and The Longines Column-Wheel Chronograph.
In addition to the ribbon cutting ceremony, for a small donation guests will have a chance to win a HydroConquest watch in stainless steel with a blue dial.  The HydroConquest series is part of the Longines Sports Collection which combines the elegant look of Longines with the required functions for sporting watches.  Proceeds from the donations will benefit Stefanie Graf's honorable charity " Children for Tomorrow" . A non-profit organization focused on helping children and their families who are victims of war, persecution or organized crime, "Children for Tomorrow" has helped countless families throughout the years.
Tourneau Time Machine has been open since 1997, and Longines is proud to be part of this prestigious store.
Longines' Watches at Interwatches!Other Related Posts:
Longines and Shreve & Co hosted a Smash Court with Andre Agassi
Great success of the Longines sponsored Event for the Andre Agassi FoundationLongines new sponsor of Andre Agassi foundation Children event
Longines Official Sponsor of Japan’s 2011 Rakuten Japan Open Tennis Championships
Longines & Kate WinsletLongines DolceVita & Aishwarya Rai BachchanLongines: Win a trip to Paris

Addressing the importance of education 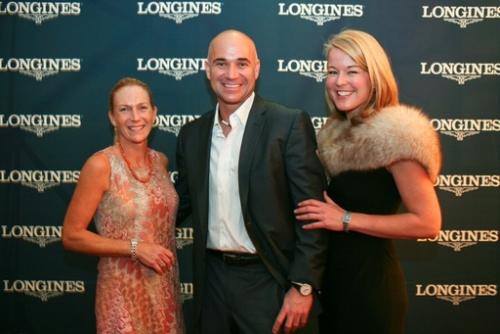 On November 30th, Longines and the fine jeweler Shreve & Co. teamed up with tennis legend Andre Agassi to host a fast serve contest followed by a Q&A with the USTA junior players to address the importance of education. The world renowned tennis player and philanthropist Andre Agassi has been a brand ambassador for Longines since 2007. With an unparalleled dedication to perfection, Mr. Agassi is the perfect match for the nearly 180-year-old Swiss watch brand. Twenty of the top ranked female junior players from the USTA’s Northern California division competed for a once-in-a-lifetime opportunity provided by Longines. The fastest serve contest with Mr. Agassi was the first of its kind at Shreve and Co. The two finalists of the tournament in Paris will get the privilege to rally with Longines brand ambassador Stefanie Graf, Andre’s wife, and famed tennis star.  As part of the festivities, guests were able to view Longines’ collection of elegant watches on display at Shreve & Co., including a special edition Longines Master Collection Moon Phase “Andre Agassi” watch. This special watch was created as a tribute to the eight Grand Slam Titles won by Andre Agassi.
CHECK OUT! 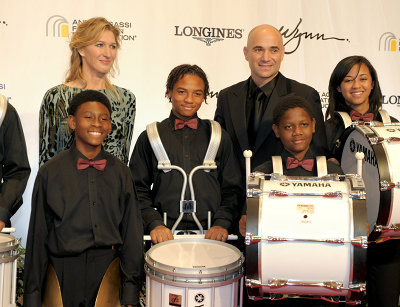 A record amount of more than $26.1 million was raised by the Andre Agassi Foundation at the 16th Grand Slam for children benefit concert, a night sponsored by Swiss brand Longines.

A donation of $18 million from Kirk Kerkorian, $1.5 million from the Engelstad Family Foundation and $1 million from Windsong Trust combined with ticket sales and proceeds from a live auction accounted for the largest amount raised in a single night for the Andre Agassi Foundation for Education.

Longines, represented by President Walter von Känel, was delighted to be for the first time the presenting sponsor of the Grand Slam for Children. A.J. Green, a graduate of Agassi Prep, performed a heartfelt introductory song and the school’s drum line started the festivities for the evening.
CHECK OUT!

An impressive Benefit Concert in Vegas 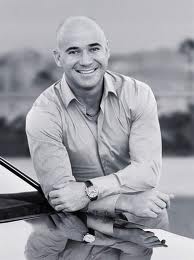 The 2011 Grand Slam for Children, the 16th event organized by Andre Agassi foundation, will take place on October 29th in Las Vegas, and this year Longines joins the list of brands sponsoring the event. Hosted by tennis legend and philanthropist Andre Agassi, the benefit concert promises to be a night to remember with a headline that will be the envy of many.

Longines strengthens the partnership built with the Andre Agassi Foundation for education and are delighted to become the presenting sponsor of the Grand Slam for Childred, declared Longines President Walter von Kanel. Agassi on his part also stated that he feels it’s amazing what can be accomplished when people come together to change lives and make the world a better place for children.

Brining together some of the world’s greatest entertainers that have inspired the generosity of the world, the 16th Grand Slam promises to be a big hit in building awareness and raise money for the Foundation. Among the stars to participate at the event, the headline includes names such as Michael Buble, Jimmy Kimmel, Martina McBride, Smokey Robinson and Train.

The Grand Slam has raised nearly $92 million since its foundation in 1995, including $8.5 million from the 15th event, to support a movement that’s improving education. Joining the impressive list of artists named above, an additional top-name talent will be announced prior to the night of the event, which will include a cocktail reception, gourmet dinner, live auction and benefit concert. Sponsorships for the Grand Slam are still available at the following levels: Silver $10,000, Gold $17,500, Platinum $40,000, and Diamond $85,000.