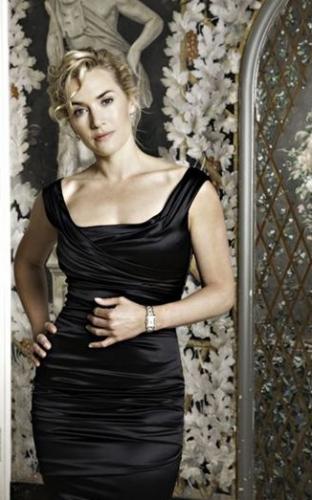 Kate Winslet is one of the world’s best-known and best-loved actresses who has built a career on a series of film performances which defy type-casting – each one a new and different character, from high drama to comedy to passionate romance to quirky individualism.

She made her film debut at the age of 17 in Peter Jackson’s ‘Heavenly Creatures’ and immediately made her mark. She won her first Oscar nomination in Ang Lee’s ‘Sense and Sensibility’ but it was her performance as Rose in ‘Titanic’ that first brought her to the attention of millions worldwide and delivered her second Oscar nomination.

She won further nominations for her roles in ‘Iris’, ‘Eternal Sunshine of the Spotless Mind’ and ‘Little Children’ and won Best Actress for her performance as a former Nazi in ‘The Reader’ in 2009. She is the youngest actress ever to have received 6 Oscar nominations. Other memorable and award-winning performances include ‘Revolutionary Road’ in which she was re-teamed with Leonardo DiCaprio, directed by Sam Mendes, ‘Finding Neverland’ and ‘Romance and Cigarettes’.

In 2010, Kate filmed the lead role in a five hour HBO television drama, ‘Mildred Pierce’, reprising the role once played by Joan Crawford in a film of the same name. The series will be seen in 2011.

Kate has two children, Mia and Joe, and divides her time between New York and the UK.
The Swiss watch brand Longines is very pleased to welcome her as an Ambassador of Elegance in 2010.

She joins the ensemble cast of Steven Soderbergh’s action thriller ‘Contagion’ which will open in 2011. Kate has two children, Mia and Joe, and divides her time between New York and the UK.