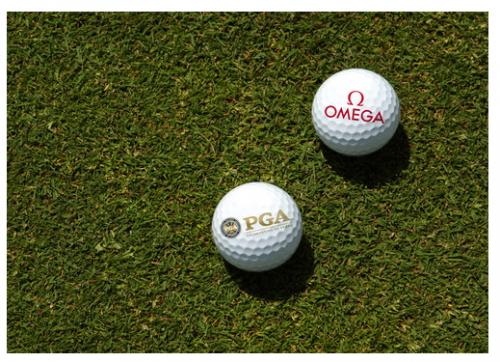 OMEGA, the Swiss maker of prestige watches, and The PGA of America, today announced a far-reaching strategic marketing and sponsorship agreement that will carry through 2016. The five-year agreement, which provides for multiple “Official Timekeeper” designation, marks a major breakthrough for OMEGA in the sport of golf in the United States. The deal also enhances the brand’s rich history in sports timekeeping and aligns OMEGA with the world’s largest sports organization comprised of 27,000 men and women PGA Professionals who are recognized for their expertise in teaching the game, promoting the game, and managing golf facilities.

The new partnership which formally begins today, will be launched at the 2011 PGA Championship, Aug. 8-14, at Atlanta Athletic Club in Johns Creek, Ga., and will extend through The PGA of America’s Centennial in 2016.

“With our tournaments in Europe and Asia, OMEGA has long supported the growth of golf as a global game,” said Stephen Urquhart, president of OMEGA, “and we are looking forward to being involved in the great events organized by The PGA of America. This partnership also gives us a fantastic platform to develop the brand in the important American market.”

With The PGA of America conducting two of golf’s premier events enjoyed by global audiences – the PGA Championship and the Ryder Cup -- OMEGA is committed to elevating its mutual brand presence in a global marketplace while expanding its public awareness. That commitment includes advertising on golf telecasts of PGA championship events, marketing support for the PGA’s player development efforts and extending benefits to PGA members and their facilities.

“The PGA thanks OMEGA for its excitement in promoting the game and our brand, as well as OMEGA’s recognition of the important role PGA Professionals play in the growth of the sport,” said PGA of America Chief Executive Officer Joe Steranka. “We are delighted that OMEGA will become the Official Timekeeper, delivering quality service and technical support at our premier spectator and member championships.”

Through the multi-faceted partnership agreement, OMEGA will commit significant support to a member-benefit OMEGA timepiece program and a facility clock program, both exclusive to PGA Professionals.

Further, OMEGA has committed significant support to the PGA Professional National Championship, as one of three Presenting Sponsors and support of the Championship telecast on Golf Channel.  OMEGA will also commit to having corporate hospitality at all PGA major championships, and OMEGA clocks will be positioned at PGA Golf Properties -- PGA Golf Club, the PGA Center for Golf Learning & Performance, PGA Country Club, and Valhalla Golf Club.

OMEGA has long supported the sport of golf internationally, serving as title sponsor of the OMEGA European Masters, the OMEGA Mission Hills World Cup of Golf and the OMEGA Dubai Desert Classic. OMEGA’s roster of Brand Ambassadors includes a number of current golf stars and one of the game’s all-time greats, Greg Norman.

OMEGA has a rich history in sports timekeeping, having served as Official Timekeeper at 24 Olympic Games since 1932. It has extended its agreement with the International Olympic Committee through 2020.

As the brand expands its presence in the sport of golf with the new PGA of America partnership, it has also been increasing its retail presence in the United States aggressively, opening nine new OMEGA flagship boutiques in 2010 with 20 more slated to open in 2011.