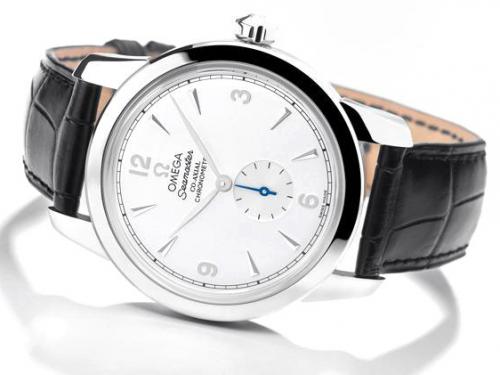 Omega presented a redesigned version of its first Seamaster in order to celebrate the upcoming Olympic Games that will take place in London, next year. A Limited Edition of Omega Seamaster 1948 Co-Axial “London 2012" watch was launched exactly one year before.

The first Seamaster was produced in 1948,the last time London hosted the Olympic Games. The year 2012 will connect Omega, Olympics and the capital of the UK again. Also, Omega will be the official Games’ timekeeper for the 25th time,w hich is a great and unique anniversary that needs to be commemorated in a quality way.

Omega produced 1,948 pieces of the Seamaster 1948 Co-Axial “London 2012". These watches are available with a black leather strap which incorporates a vintage polished stainless steel buckle.It is water-resistant up to 120 meters / 400 feet.

CHECK OUT Omega Watches at Interwatches!