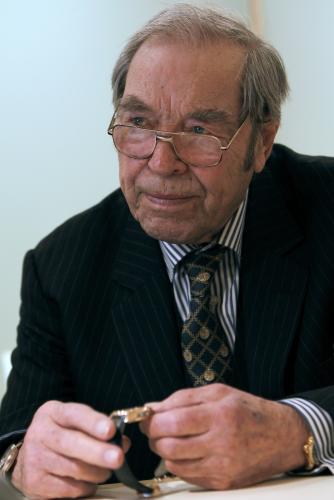 Omega expressed its sadness over the death of Dr. George Daniels who died last October 2st at his home on the Isle of Man. Dr. Daniels had worked in his profession for more than sixty years and in the course of his life was presented with more honours than any other horologist.

Dr. Daniels will always be remembered for his invention of the Co-Axial escapement. He presented it to the world's leading watch companies but only Nicolas Hayek, the late Chairman of the Swatch Group, saw the potential of the invention and in the early nineties acquired the technology and engaged Daniels to work with Omega's technicians.

Omega and the 2011 PGA Grand Slam of Golf 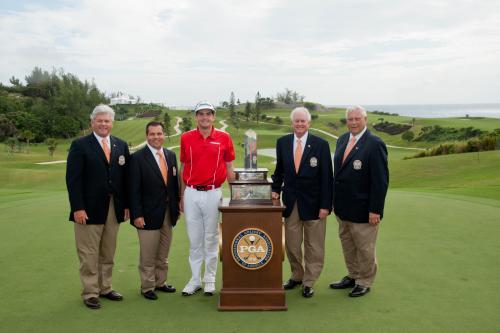 The 29th PGA Grand Slam of Golf marks the second event of OMEGA’s new, long-term partnership with The PGA of America and represents a major breakthrough for OMEGA in the sport of golf in the United States.

In an event televised by TNT, the Grand Slam og Golf came to an end on October 20th proclaiming Keegan Bradley as Champion. Bradley edged Charl Schwartzel by a single shot in a final round that tightened up on the front nine and remained nip-and-tuck the rest of the way home.

Omega has been named the Official Timekeeper of The PGA of America through 2016. The five-year agreement represents a major breakthrough for OMEGA in the world of golf and furthers the brand's rich history in sports timekeeping.

The PGA of America elevates the public interest in the game, the desire to play more golf, and ensures accessibility to the game for everyone, everywhere. By creating and delivering dramatic world-class championships and exciting and enjoyable promotions that are viewed as the best of their class in the golf industry.
CHECK OUT Omega Watches at Interwatches!