The new 2012 Seamaster line from Omega 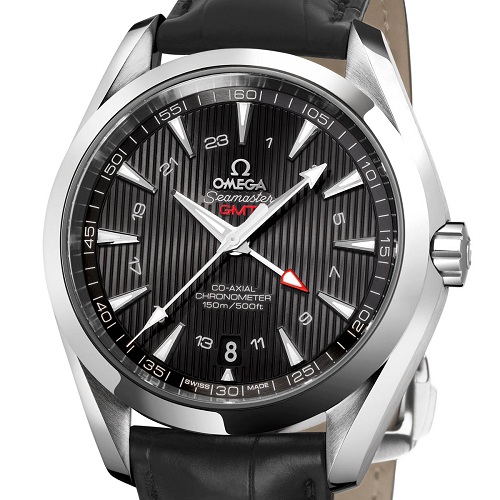 We are getting a first look at the new Omega Seamaster Aqua Terra GMT, which will be Omega’s first attempt to equipped its proprietary movements with a GMT complication.
This Omega Seamaster Aqua Terra model keeps the characteristics of the Aqua Terra models but with modifications to add the second time zone to the dial. Omega’s designers have taken the 24 hour ring from the outer edge of the dial, and have relocated it further into the dial so that its numerals rest between the razor-sharp tip of each spiked hour marker.
Inside the case there is an Omega’s Co-Axial movement calibre 8605/8615 in which the brand have invested and now perfected. A movement which, once regulated should remain not only precise, but also maintenance-free for longer as it requires almost no lubrication.
The Omega Seamaster Aqua Terra GMT will be presented in either stainless steel, 18K red gold, and a two tone in steel and red gold available as well.
CHECK OUT Omega Watches at Interwatches!