Officine Panerai hosted "Time + Space: A Look Back at the 'Clockwork Universe'" 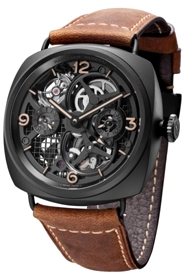 In November 2, 2011 Italian high-end watchmaker Officine Panerai hosted "Time + Space: A Look Back at the 'Clockwork Universe'" at the Explorers Club in New York City to celebrate the 400th Anniversary of Galileo Galilei's discovery of the four moons of Jupiter.

The event was led by a panel discussion featuring the world's leading astronomers: Dr. Owen Gingerich, Dr. Anthony Aveni and Dr. Derrick Pitts. The panel discussed how Galileo's scientific contributions continue to impact modern day watchmaking. Frank Stalder, Director of Research and Development for Officine Panerai, brought the discussion to life with the presentation of  three exemplary Panerai timepieces inspired by and dedicated to the scientist - L'Astronomo, Lo Scienziato and Jupiterium.

L’Astonomo watch is a made-to-order-only timepiece, Panerai’s most complicated watch ever made, the PAM00365. This extremely complicated watch features a a grand complication, with tourbillon, equation of time, indication of sunrise and sunset times for the city chosen by the purchaser, and  depiction of the night sky of that city on a disk on the back plate.

The Lo Scienziato Radiomir Tourbillon GMT Ceramica is a 48 mm ceramic piece with a skeletonized movement made of a fine mesh, a limited edition of only 30 pieces ever made. While the Jupiterium is a mechanical instrument with a watch that shows time and has a manual-wound movement with a 40-day power reserve.
CHECK OUT! 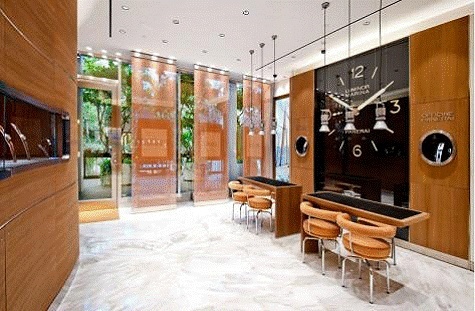 Officine Panerai continues to expand its presence in the US, and in South Florida in particular, as this month the leading Italian matchmaker opened two new boutiques in Bal Harbour and Palm Beach.

Placed at a high-end destination, Bal Harbour boutique is set at the Bal Harbour Shops and the one on Palm Beach on the much celebrated Worth Avenue. These two new boutiques join Panerai's existing boutique in Boca Raton's Mizner Park to further serve Panerai customers in this important regional market.

The new Panerai boutiques showcase a simple, classic Italian-style atmosphere, designed in honor to the historic association between Officine Panerai and the Italian Navy. The shapes and materials used throughout the boutique recall the world of the sea: simple lines alternate with wave-like structures, and all materials are derived from glass, white marble, steel and specially-treated teak, most of which were imported from Italy.

The supremacy of technology 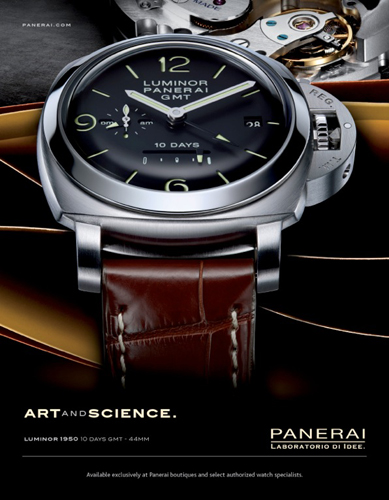 Officine Panerai has launched a new official advertising campaign with the Panerai watch as the main star of the campaign. The ads pay tribute to the iconic luxury sports watch still capable today of relating its unique design with its history.

Panerai’s new campaign has been conceived by the Italian agency Hi! Comunicazione, based in Milan, who assigned photographer Raffaello Benedetti Bra the task of bringing to light the Panerai watches. The timepieces as display on the ads play the leading role in what is a forceful advertising message in its understated, elegant simplicity, a message expressed through different themes and subjects, offering a comprehensive view of the brand’s fundamental values.

The first theme of the campaign is the history of Officine Panerai, its links with Florence of the second half of the nineteenth century, where the brand originated, and its role as supplier to the Italian Navy. The sea provides the main setting, with all the visual elements expressing a message of strength, soundness and heroism.

On the second theme, the element of design emerges thanks to emblematic images of Panerai watches, whose iconic simplicity, harmony and refined details can be appreciated all at once. The sophisticated mechanisms of the movements made by Officine Panerai in its factory in appear in the background, as if to conjure up the watches’ inner soul, extraordinarily important yet hidden from view.

The new advertising campaign has been created for the press (magazines and newspapers) and comes in quarter page, single page or – a new departure for the brand – double page ads. A digital media version is planned for a later stage.
CHECK OUT! 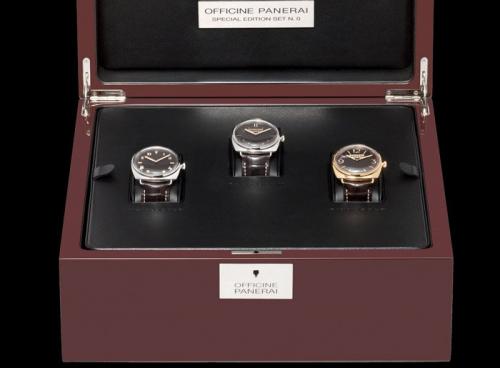 Officine Panerai presented the Radiomir collection 75 years ago, and to this date, it still remains an outstanding example of quality and performance. This year Panerai is presenting three new special edition versions in manufactured in different materials and with different dial displays.

Officine Panerai has created eleven special Radiomir Special Edition Sets that present all three watches together inside a special wooden box. These exclusive sets created by Officine Panerai, made in a different colours, contain the three watches with the same serial number (from 0 to 10), documentation and three additional Plexiglas. These special editions are on sale only in Officine Panerai boutiques in Italy, France, the United States, the Middle East, China, Hong Kong, Singapore and Japan. The three watches may also be purchased separately. 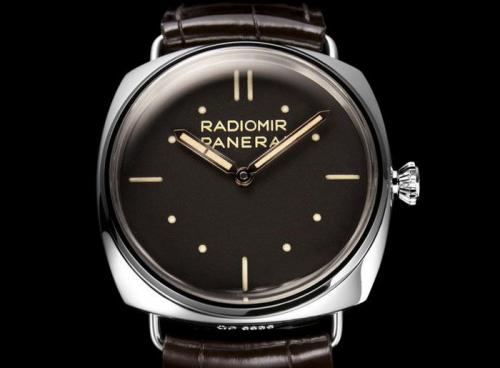 On display at Milan Triennale 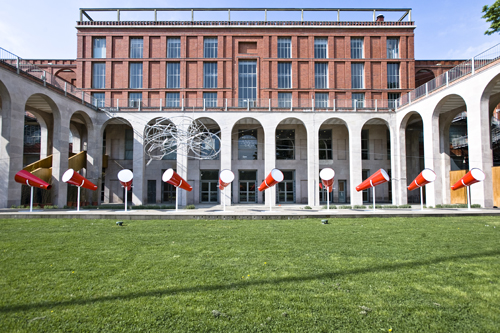 Officine Panerai will be the main sponsor of the Milan Triennale Art event to take place from 11th October 2011, to 8th January 2012. The “O’Clock – time design, design time” exhibition sponsored analyses the relationship between the concept of time and design, with an installation of Panerai watches created by Patricia Urquiola.

The works on show which have been specially setup by Patricia Urquiola - describe the way in which some 80 international designers and artists have interpreted or represented one of the fundamental themes of our culture, that of time. It incorporates work from designers and artists chosen from existing collections and commissioned specifically for the Triennale, meditate on memory, eternity and death, often wittily and poetically, always critically.

Designer Patricia Urquiola, who helped produce the exhibition and conceive its layout, has devised the finale: a timeline of the Panerai brand, featuring a sequence of watches as characters in a narrative.  Patricia Urquiola has also created for Officine Panerai the installation “I mondi di Officine Panerai” (The worlds of Officine Panerai), presented here for the first time, in which eight watch models recount, as protagonists, the design of Panerai.

Among the Panerai watches on display, two extremely rare historical models - a Radiomir from 1938, and a Luminor from the 1940s - show how these icons were born with all the features they still possess today and how, in fact, the second model represents an evolution of the first – an evolution created to offer even better performance in terms of water resistance (due to loops welded to the case and especially to the device that protects the crown) and legibility.