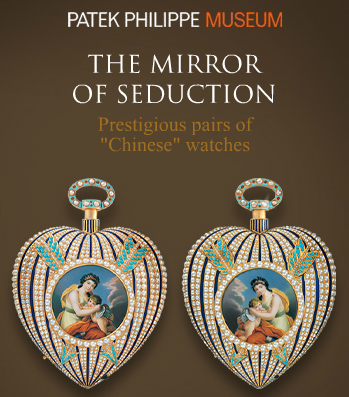 Luxury watchmaking from London, Geneva and later from the Neuchâtel Jura played a major role at the end of the 18th century and during the entire 19th century as a supplier of the Middle Kingdom.

European watchmakers, goldsmiths, painters on enamel and engravers came together in order to create these true works of art intended to seduce the Chinese dignitaries.

But why these unique timekeepers, which are quite different, were produced in pairs and some of them by mirror image effect?

To solve this mystery, come and discover the exceptional thematic exhibition The Mirror of Seduction at the Patek Philippe Museum, from 15th May to 16th October 2010!
[More information on www.patekmuseum.com ]