Born into a prominent banking family, Mr. Graves was a very passionate watch collector; Graves was a patron of Patek Philippe, competing with James Ward Packard, the famed automobile manufacturer, for ownership of the most complicated watch in the world. In 1927, Packard commissioned the world's most complicated watch but not to be outdone, Henry Graves surpassed his rival in 1933 to become the owner of the most complicated watch ever made, spending 60,000 SF, nearly five times the price paid by Mr. Packard. It took over three years, and the most advanced horological technique, to engineer this truly one-of-a-kind timepiece; only one watch was ever built. Called "the Supercomplication", this pocket watch was held in the Museum of Time near Chicago, IL for years until it was sold for a record-breaking $11,002,500 to a secretive anonymous bidder at a Sotheby's auction held in New York City on December 2, 1999. The watch currently resides in the Patek Phillippe Museum in Geneva, Switzerland, and is the most expensive single piece on display.

One of the timepieces commissioned by Henry Graves Jr is the Patek Philippe Platinum Minute-Repeater that was made for Henry Graves, Jr. in 1927 and sold on August 16, 1928. It has been kept in private collection for over 50 years.

The 1927 platinum minute repeater is the second-most important Graves wristwatch ever offered at auction, following the Graves tortoise-shaped minute-repeater sold in an Antiquorum sale in 1989. This magnificent timepiece is a very fine and extremely rare cushion-shaped, minute-repeating, platinum wristwatch. Which estimated price was between $250,000â€“$ 350,000.

Henry Gravesâ€™ wristwatch was of a great significance during the sale. It was the Patek Philippe Henry Graves' unique platinum minute repeater sold for an impressive $630,000. 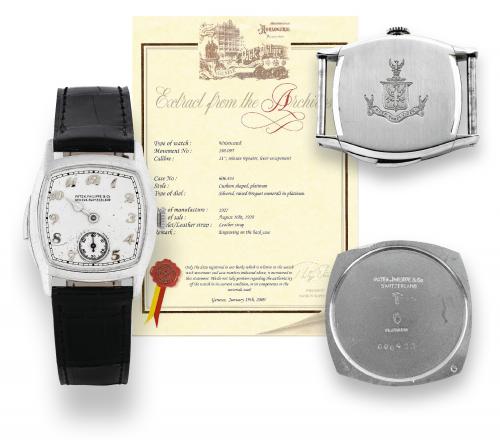 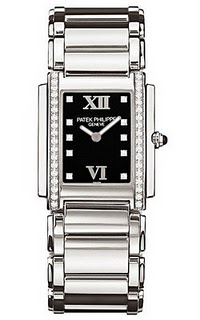 Patek Philippe Twenty~4Â® was created thinking about a refined, active woman of today who looks for a watch that shows her style and is to be wear on all occasions. Each model is characterized by perfection in craftsmanship, and curved silhouette of the case.

Each model is recognized by Top Wesselton diamonds on the bezel, the case, and/or the bracelet. The crown of each Twenty~4Â® is studded with an onyx or a diamond solitaire. The gold collection consists of precious small-size models and pieces of high jewelry. A line of Twenty~4Â® rings and earrings accompanied the watch's collection.