Ambassador for its Possession collection

Swiss jewelry brand Piaget has tapped Jessica Alba as the new ambassador for its Possession collection. The campaign, photographed by Patrick Demarchelier and styled by Brad Goreski, includes six images showcasing a different side of the actress' personality. Interestingly enough, the campaign will not bow in books—instead, it was created exclusively as an online initiative. Effective today, the full shoot is available on Piaget's Facebook page, while behind-the-scenes video is already up on YouTube. Directional! Check out the photos in our Gallery.


CHECK OUT Piaget watches at Interwatches.com! 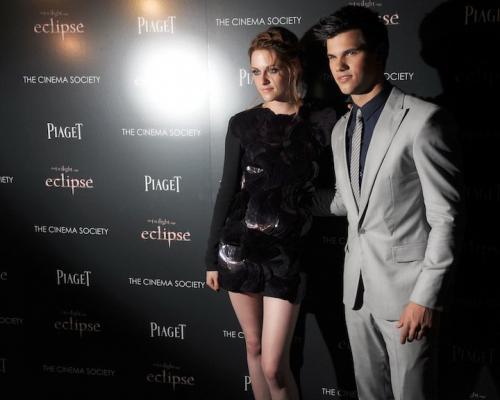 
Hollywoodâ€™s star, Taylor Lautner, arrived at the â€œEclipseâ€ premiere in New York wearing a pale grey suit and dark shirt accented with Piagetâ€™s Altiplano 40mm in white gold with a black dial. The Altiplanoâ€™s classically refined, yet modern in feel and ultraslim profile made it the perfect choice for Lautner, who has become a new fan of Piaget.


Looking every bit the leading man, Lautner waved to the hundreds of fans who had gathered outside the Crosby Hotel to catch a glimpse of the movie star before joining co-star Kristen Stewart on the red carpet where the two posed for photographers. The Piaget-sponsored premiere of the summerâ€™s most highly anticipated film drew a number of celebrities and high profile New Yorkers, including Abigail Breslin, Cheyenne Jackson, Matchbox Twentyâ€™s Rob Thomas, stylist Rachel Zoe, models Hilary Rhoda, Carol Alt and Dree Hemingway, Kelly Kilorean Bensimon, Lauren Bush and designers Rachel Roy, Cynthia Rowley and Georgina Chapman. 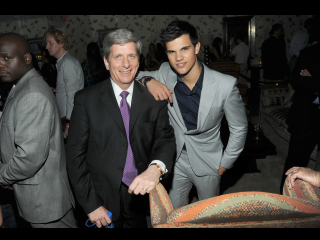 
Also in attendance was Nic Roldan, Piagetâ€™s polo ambassador who was in town for the Veuve Clicquot Polo Classic where he captained Prince Harryâ€™s team. Roldan wore the special limited edition version of the Piaget Polo FortyFive that Piaget created for the event.

Piaget is ready for British Open

The British Open started at Cowdray Park on 22 June and will end on 18 July. The Piaget polo team, led by Marcos Heguy, the Swiss watchmakerâ€™s ambassador to the polo world, was busy preparing to compete in the United Kingdomâ€™s premier high-goal tournament, the British Open Championship for the Veuve Clicquot Gold Cup, after a successful run in their first outing in English polo.

The Piaget team, formed to celebrate this summerâ€™s opening ofÂ Piagetâ€™s new boutique in Londonâ€™s New Bond Street, is one of 20 teams in contention for the coveted Gold Cup at Cowdray Park Polo Club. This event, drawing players from a dozen or more countries, ranks with the Argentina and US opens as one of the sportâ€™s top competitions.

Marcos Heguy and his brother Bautista combined brilliantly last Saturday (June 26) to give the Piaget polo team their first victory in the British Open Championship for the Veuve Clicquot Gold Cup, defeating Billingbear Park by nine goals to six.

Piaget took an early lead and held it for the first two chukkas, but the game was tied up at halftime. Piaget regained the advantage again in the fourth period and kept it through the fifth and sixth chukkas to win the game by a comfortable margin. 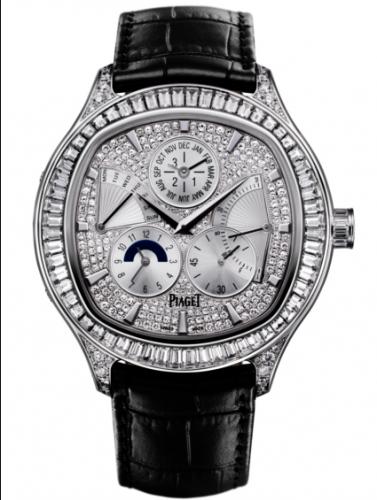 The one millionth watch bearing the Piaget has just emerged from the workshops of the Manufacture. Representing an perfect expression of the two fields of skill brilliantly mastered by Piaget: haute horlogerie in La CÃ´te-aux-FÃ©es and haute joaillerie in Geneva â€“ the Piaget Emperador Full-Set Coussin Perpetual Calendar enshrines the entire Piaget heritage. Only 20 of these watches will be produced in 2010.

From the workshop set up by Georges Edouard Piaget in La CÃ´te-aux-FÃ©es in 1874, to the contemporary international luxury brand, Piaget has successfully developed its dual watchmaking and jewellery-making skills over the past century and a half. Now firmly established in two sites â€“ La CÃ´te-aux-FÃ©es in the NeuchÃ¢tel Jura region and Plan-les-Ouates in Canton Geneva â€“ each of which has specialised in one of these areas, the Manufacture de Haute Horlogerie Piaget now proudly presents its millionth timepiece: the Piaget Emperador Full-Set Coussin Perpetual Calendar. A watch embodying a tribute to the two worlds in which Piaget has chosen to excel.

In order to celebrate the production of its millionth timepiece, Piaget has thus chosen to highlight this twofold expertise by presenting the Piaget Emperador Full-Set Coussin Perpetual Calendar. An authentic mechanical time-programming instrument, capable of handling calendar irregularities until the year 2100,the perpetual calendar is one of the major horological complications and also one of the most widely appreciated. This watch houses Calibre 856P, a mechanical self-winding movement beating at a cadence of 21,600 vibrations per hour and boasting a 72-hour power reserve. Loyal to the tradition of the many ultra-thin movements created by Piaget, this diminutive 5.6 mm thick calibre houses an impressive array of functions: hours, minutes, small seconds at 4 oâ€™clock, month and leap year at 12 oâ€™clock, retrograde day of the week and date indications at 3 oâ€™clock. In addition to these two retrograde displays, it is distinguished from the majority of ordinary perpetual calendars by the addition of a dual time zone displayed by two hands in a subdial at 9 oâ€™clock, as well as a day/night indicator indexed to the central hour.

This masterpiece of technical complexity designed and developed in-house is also naturally crafted and assembled in the brand Manufacture in La CÃ´te-aux-FÃ©es. Piagetâ€™s historical cradle is entirely dedicated to complications and it is here that the watchmaking heart of the firm continues to beat. Movements are also decorated there in the traditional manner, and Calibre 856P is no exception: its mainplate and bridges are circular-grained and bevelled, their flanks are hand-drawn, and the decoration is enhanced with blued screws and circular CÃ´tes de GenÃ¨ve. The movement is also cased up in La CÃ´te-aux-FÃ©es, while the case is gem-set at the Manufacture in Plan-les-Ouates. Located in the Canton of Geneva, this more recently built production facility

From the red carpet to the runway

Following cocktails, guest were seated for a dramatic menswear fashion show in which many of the worldâ€™s top male models such as Alex Lundquist, Andres Velensco, Tyson Ballou and Josh Wald presented cutting-edge fashion from top designers, including Tom Ford, Yves Saint Laurent, DSquared, Rick Owens, Bottega Veneta, Calvin Klein, Michael Bastian and many more. Piaget worked with fashion stylist, Gregory Wein, to accessorize 23 of the 49 total looks in the companyâ€™s most popular styles, including timepieces from the Black Tie, Altiplano and Piaget Polo collections. The evening continued with a formal dinner for 400 in the Libraryâ€™s beautiful Celeste Bartos room. amfAR held one of its now-legendary live auctions, this time with Simon Doonan of Barneyâ€™s as the master of ceremonies. Among the items auctioned was a package containing a Piaget Altiplano timepiece and tickets to amfAR parties around the world. It inspired a round of heated bidding before finally being sold for an impressive $24,000.

At the conclusion of the auction, Cyndi Lauper treated guests to an incredible musical performance. After singing her new blues song, she called up Kelly Rowland and Estelle onto the stage and the trio brought the crowd to their fee with a joint rendition of â€œGirls Just Wanna Have Funâ€. The evening was a tremendous success, raising more than $140,000 to help the fight against AIDS. Piaget is proud to support amfAR and will be a part of the amfAR Inspiration Gala planned for this fall in Los Angeles.