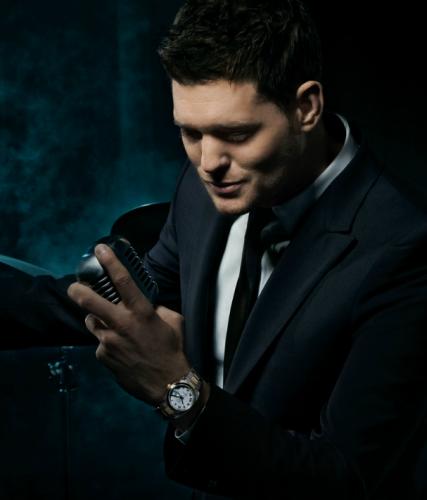 Also known as the "new Frank Sinatra", Michael Bublé is one of the top luxury brand ambassador: he is one of the faces of on of the most luxurious wristwatch producers ever: ROLEX.

Michael Steven Bublé was born 9 September 1975. He is a Canadian singer who has won several awards, including three Grammy Awards and multiple Juno Awards. His first album reached the top ten in Canada and the UK. He found worldwide commercial success with his 2005 album It's Time, and his 2007 album Call Me Irresponsible was an even bigger success, reaching number one on the Canadian Albums Chart, the U.S. Billboard 200 chart, the Australian ARIA Albums Chart and the European charts. Bublé has sold more than 35 million albums worldwide

Bublé became engaged in Argentina to girlfriend Luisana Lopilato in November 2009. She is an Argentine actress and model. Bublé co-wrote the hit single "Haven't Met You Yet" for Lopilato, and she appeared in the song's music video. They reportedly met in November 2008 at a party thrown by Bublé's record company after one of his concerts in Buenos Aires. The couple wed on 31 March 2011 in Buenos Aires.