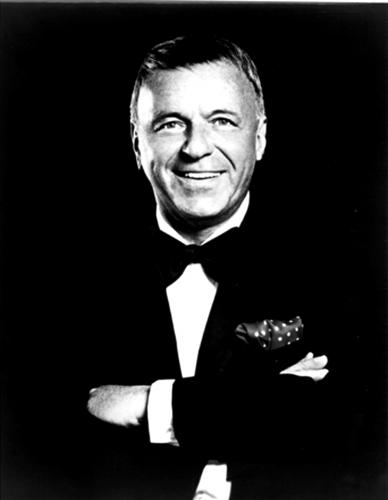 Sinatra was born in Hoboken, New Jersey, the only child of Italian immigrants Natalie Della (nÃ©e Garaventa) and Anthony Martin Sinatra. He left high school without graduating, having attended only 47 days before being expelled due to his rowdy conduct. His mother, known as Dolly, was influential in the neighborhood and in local Democratic Party circles, but also ran an illegal abortion business from her home; she was arrested several times and convicted twice for this offense. Frank, himself, was arrested for carrying on with a married woman, an illegal offense at the time. Frank's father Tony served with the Hoboken Fire Department. During the tough years of the 1930s, when the Great Depression hit North America very hard, Dolly nevertheless provided ready pocket money to her son Frank, the family's only child, for outings with friends and fancy clothes. Frank then worked for some time as a delivery boy at the Jersey Observer newspaper, and as a riveter at the Tietjan and Lang shipyard. It was in the early 1930s that Sinatra began singing in public 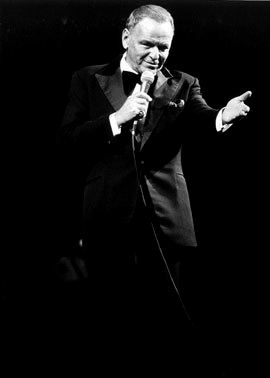 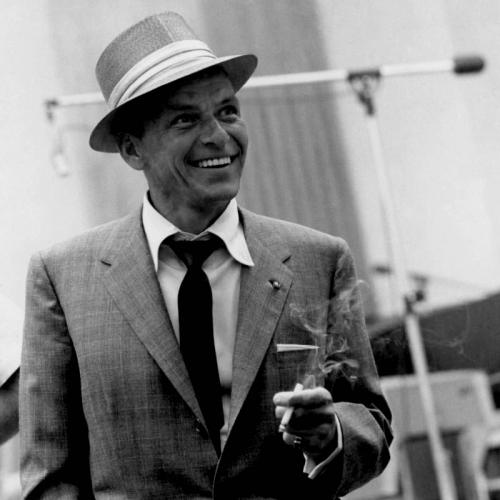 Throughout his life, Sinatra had mood swings and bouts of depression, symptoms of bipolar disorder, formerly known as manic depression. He himself acknowledged this fact, telling an interviewer in the 1950s: "Being an 18-karat manic-depressive, and having lived a life of violent emotional contradictions, I have an over-acute capacity for sadness as well as emotion." In her memoirs My Father's Daughter, his daughter Tina wrote about the "eighteen-karat" remark: "As flippant as Dad could be about his mental state, I believe that a Zoloft a day might have kept his demons away. But that kind of medicine was decades off." 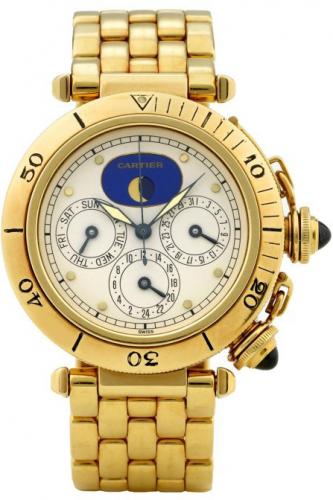 Included in one of Antiquorumâ€™s watch auctions, the Cartier Pasha watch model that was a gift from Frank Sinatra to other fellow Rat Packer Sammy Davis Jr. Still bearing the engraving by Sinatra that reads, "Sammy, I Luv Ya, F.A.S." A highly collectible item for Cartier fans: 18k gold Pasha watch printed with its manufacture date of 1987. It features a quartz movement. The watch complications include the time, date with day, moon phase and second time zone. The watch is estimated $10,000 - $20,000. 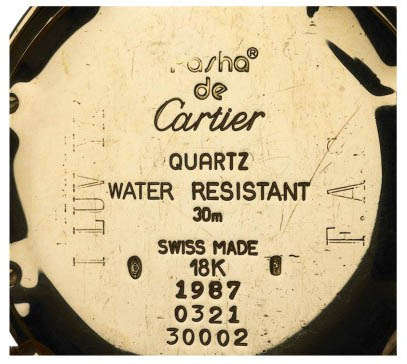