Sarkozy goes for a Rolex Daytona 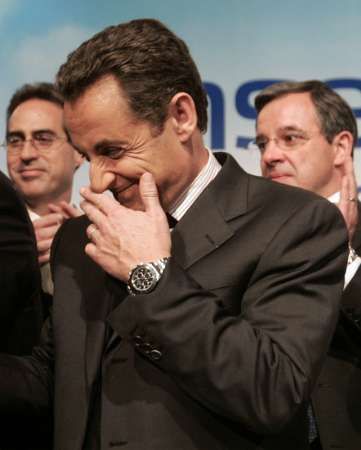 Nicolas Sarkozy is one of the world’s most famous politicians and current President of France. He has been recently spotted waring a classic Rolex Daytona in its black dial edition. Nicolas Paul Stéphane Sarközy de Nagy-Bocsa; 28 January 1955) is the 23rd and current President of the French Republic and ex officio Co-Prince of Andorra. He assumed the office on 16 May 2007 after defeating the Socialist Party candidate Ségolène Royal 10 days earlier. The name Daytona comes from the 24 hour endurance race which was and is sponsored by Rolex and the chronograph feature available on all Daytona models pays tribute to this famous race. It remains a watch that will always get noticed and everybody will know what it is; with clients such as Nicolas Sarkozy we can be sure to see future models on future VIPs.