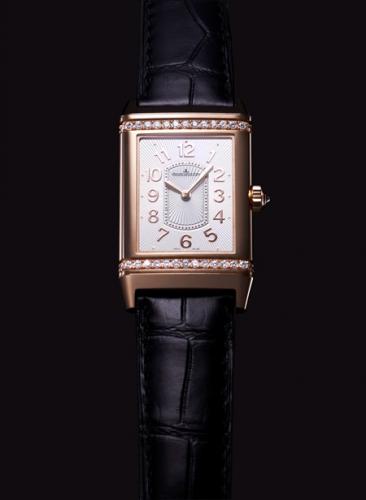 Thousands of watch lovers visited the watch exhibitions in Vienna and Munich in November this year and voted for the "Watch of the Year”. Jaeger-LeCoultre watches won prizes in three categories.

The awards were presented during the traditional Watch Gala at the "Aula der Wissenschaften" in Vienna on the 6th of December. And Jaeger-LeCoultre won several awards as a result of the vote by end consumers.

The timepieces by Jaeger-Lecoultre that were voted by the public were: the iconic Grande Reverso Lady Ultra-Thin in pink gold, which took the first place in the "Luxury Women Watches" category in Vienna as well as in Munich; the Master Ultra-Thin Moon in pink gold, was awarded the Second Place in Vienna and Third Place in Munich in the "Small Complications" category; and the Memovox Tribute to Deep Sea resulted in the Third Place in the "Sport Watches" category in Munich.
CHECK OUT!Jaeger LeCoultre's Watches at Interwatches!
Other Related Post: